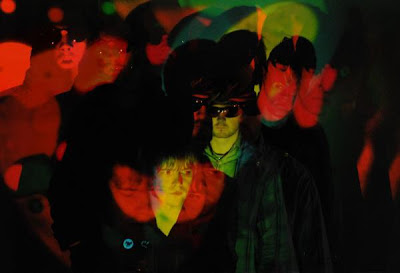 It's good to see that the Lucid Dream are back with new material. It was touch and go for a while as to whether the band were going to have to jack it in when all of their gear was nicked in Paris last year. However fans raised 10 grand for new equipment and the band have been in the studio recording their fourth album. SX1000, the first single to be taken from it sees a bit of a change in direction away from the psych rock of the previous three to a late 80s early 90s Acid House sound, I love it. The single can be pre-ordered here.

Does this mean there is going to be an Acid House revival? I do hope so.

Fucking brilliant. Right up my street.