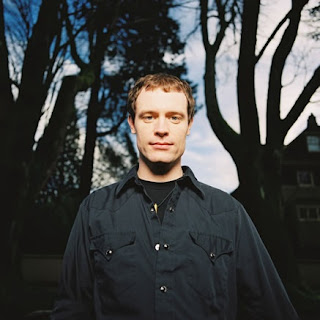 Here is another guy that I found courtesy of John in the Morning on KEXP, if you have never listened to it, give it a go.  I have never found another radio station that plays as many records that I like, 6 Music doesn't come close, apart from when Dr John Cooper Clarke is guesting on a
Sunday but that's different.

Rocky Votolato, don't let the name put you off, started playing in a band called Waxwing, a rock band with punk leanings, however he began writing mellower songs which didn't fit in with the band's style and decided to go it alone. To date he has released 10 albums and the track posted today comes from the 2003 album Suicide Medicine, which is the best of the 3 albums I own.

Warms the cockles to think of you listening to the Seattle station half a world away. If you ever make it to these parts, this will be one of our stops. They have a very impressive space.

Found it back in 01/02 when i was office based, used to look forward to Jon(Richards) in the morning, although it the afternoon over here. I even pledged for about ten years but haven't for a few years as I don't get as much time to listen these days. Still drop by when I can. It's on my imaginary list of stops, as is the Sub-Pop Airport shop which looks amazing. We need a SOMA/Chemikal Underground one at Glasgow Airport

Oh.....I was liking this till the harmonica kicked in. Ouch.

Brian.....the chances of getting Drew on a plane journey to Seattle are fairly remote, but if he does, I'll be with him!