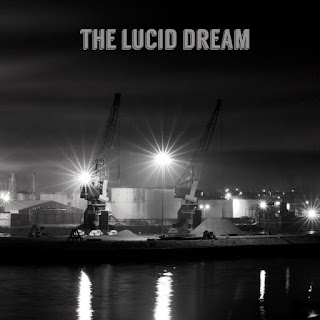 There has been a lot of discussion and not all of it complimentary about the change in direction that The Lucid Dream have taken that is evident on SX1000, the first output from their yet untitled 4th album, what with it being full of the sounds of the 303 and the 808, personally I love it. When you listen to the previous albums there is an evolution and change of sound evident from the first, Songs of Lies and Deceit, through The Lucid Source to Compulsion songs released in 2016 granted it is not stark as it is on the new 12" but change there is, something which I always think is healthy.  The track posted is the opener from the second, eponymously titled album and for me is where psych rock and post rock collide in a raucous bass and drum driven epic tour de force full of distortion and phasing. Magic stuff.

I am really looking forward to the release of the new album and eagerly await the 12" single being delivered next week I haven't sickened myself off with it yet. There is also a possibility of seeing them live again , something which seemed unlikely last not so long ago as all of their gear was stolen after a show in Paris.

What a splendid racket, Drew.