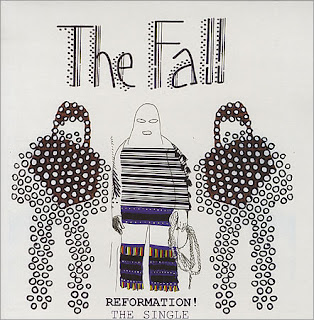 As you would expect I have been listening to a lot of Fall output over the past few weeks.  An album that I had not listened to in a while was Reformation TLC ((Traitors, Liars, Cunts), the album that Smith made with his makeshift group of the American "dudes" and members who would then be with him until his death  in January this year.  With the exception of Das Boat which is just pish and the trow away cover of Merle Haggard's White Line Fever , the album hangs together really well. Some have criticised the sound as muddied due to the two bass guitars, however on tracks like Fall Sound, My Door Is Never and above all Reformation it is the bass sound that propels the songs to being some of the strongest tracks from the last two incarnations of the gruppe.

The version of Reformation posted is the "Uncut" version which was released as the lead single from the album.

And now I know what that TLC stands for, thanks.

Directed at the previous incarnation of the band.