If You Loved Me At All 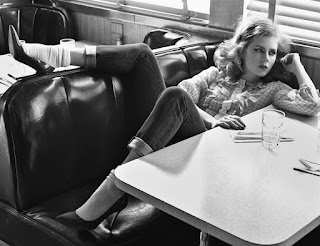 I don't have as much by the Arch Drude, Julian Cope as I think that I should.  I did buy Saint Julian and My Nation Underground but that was about it apart from a couple of singles until we moved to this house when my neighbour over the back leant me a few things before he moved South and I bought some more recent things but I didn't go back and try to back fill as there just seemed to be too much of it. Two albums that have been on my "to buy" list for a long time are Peggy Suicide and Jehovakill which I have cdr's of but realise that I really need to own.  A few weeks ago both of these and another couple including Saint Julian are getting a limited re-release on vinyl on 6th April which saw them rise up to the top of the list. So I thought that I would post one of my favourite tracks from Peggy Suicide here in it's demo form which was available as a 7" single at the 1991 gigs.

He's looking pretty good for his age even if his mum never told him not to put his feet up on the furniture.

As well as the ones you list, I reckon 20 Mothers is pretty essential too.

I will add that to the list Rol, thanks

I have been into the teardrop explodes forever, but Cope’s solo work really appeared on my radar during the blogging years... thanks to our peers.