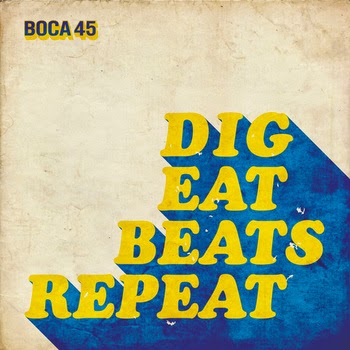 Boca 45, or Scott Hendy as he's known to his friends and family is a Dj and producer from Bristol who has been releasing music on labels such as Grand Central Recordings and Jalapeno Records since 2004. Mr Big Sun  comes from his third album, Dig Eat Beats Repeat released last week on Digga Please. If hip hop beats and funk are your bag then this album is something that you really should purchase. The track posted features the stunning vocal talents of Stephanie McKay whose first album has been dug out of the cupboard and played more than once over the weekend and is as good as I remembered. Don't you love it when that happens. 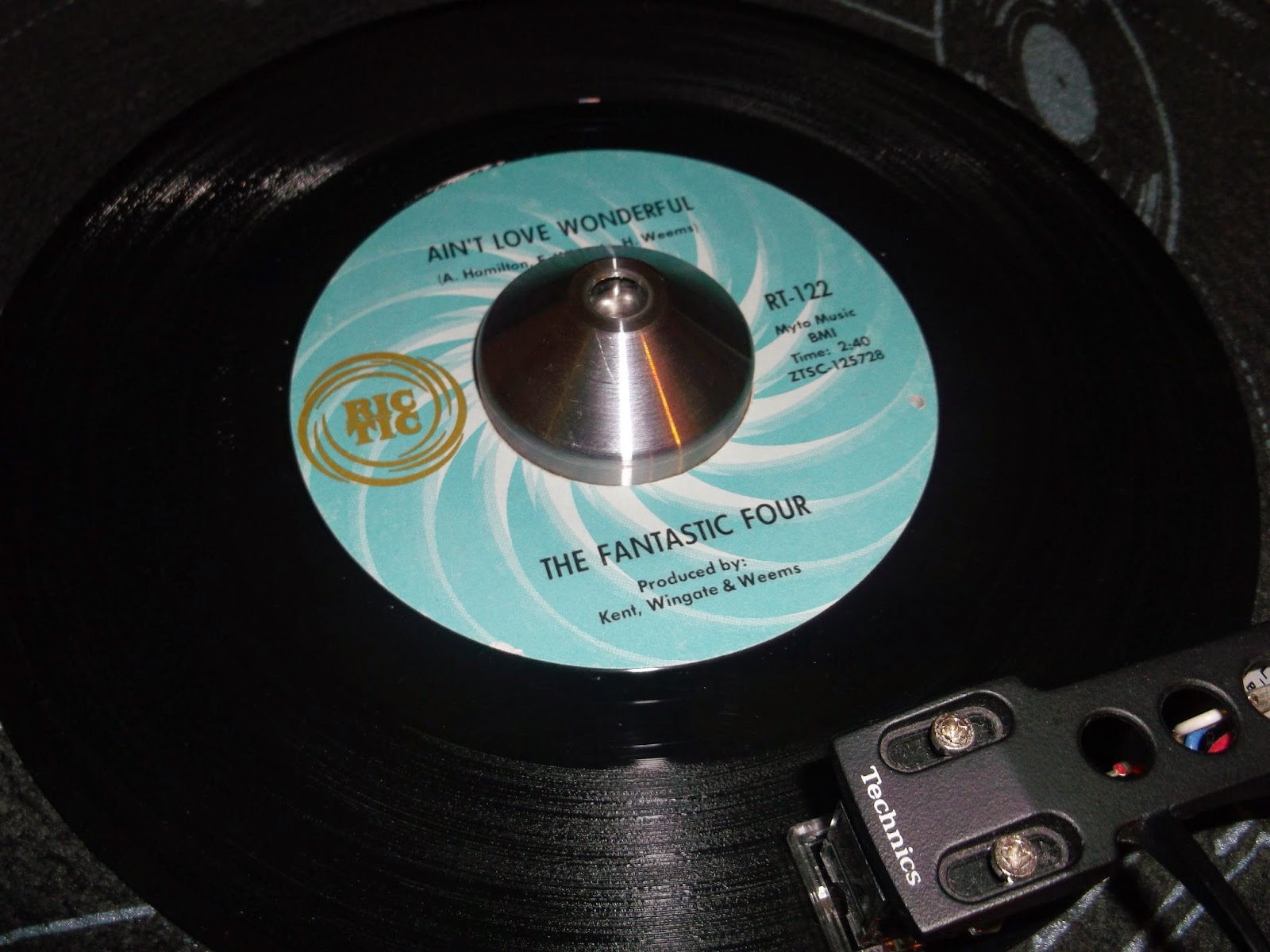 Here's an upbeat piece of Detroit soul full of optimism and joy to start off the drudgery of the week. No tale of spurned love or cheating spouses here, no siree! Just one man singing, with some lovely harmonies of how wonderful love is.

Ain't Love wonderful, like many of the soul tracks posted here was the flip side.   The ballad, The Whole World Is A Stage was the first hit for The Fantastic Four, reaching the top ten of the R&B chart in 1967. It was released on Ed Wingate's Ric Tic label.

I have a feeling that if somebody called themselves the Fantastic Four and tried to release a record today they may encounter a litigation case being filed against them by a certain comic book publisher. 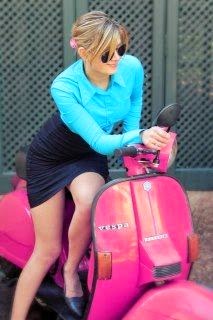 Aretha singing Goffin and King, what more could you require on a Sunday, apart from another hour in bed obviously.

Aretha Franklin - (You Make Me Feel Like) A Natural Woman
Posted by drew at 08:00 3 comments: 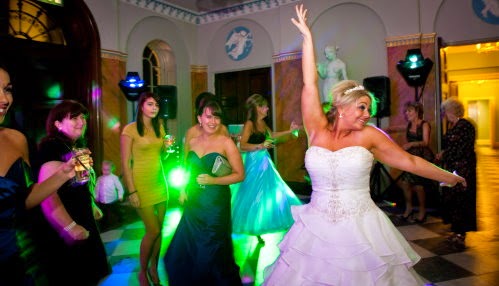 It has been a rather intense week at work and it's not quite over yet, but I do feel as if a valve somewhere inside has been opened and most of the pressure I have been carrying around for the past four months has dissipated. I can't think of a better way to celebrate than a bit of up beat dance music. I was going to post Release The Pressure by Leftfield but that would be a little bit too obvious and it's not uplifting enough.

I have been wondering recently what was going on with the Chemical Brothers as it has been a few years since they last released anything, four to be exact, After a bit of investigation (checking their website) it doesn't look like their will be any new material in the near future there is a "Secret 7" single for Record Shop Day but that is Let Forever Be, from the third album which came out before the millennium,

I've opted to post the Pete Heller mix of Star Guitar from 2001, This was the second single from the fourth album Come With Us. It was the first of their records to be released as a DVD single, 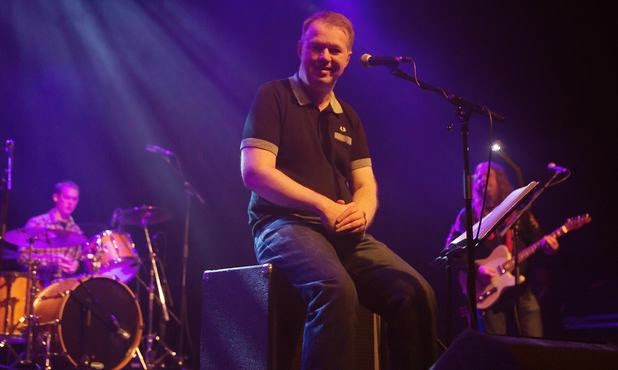 This song has been in my head quite a bit recently. It is just a lovely optimistic song that never fails to put a smile on my face and the album it comes from is a bit special as well. 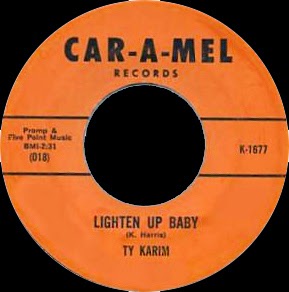 It's Monday so I suppose a bit of soul is the order of the day in these parts. I've got a hellish few days at work to look forward to, something that has been lurking in the background since before Christmas, so roll on Wednesday night when it will be all over. Que Sera Sera as Doris Day might say.

Anyway, back to the music, Lighten Up Baby, not to be confused with "Lightin' Up also by Ty Karim confusingly enough wasn't the track I intended to post today but late last night I realised that I hadn't ripped You Just Don't Know. If the track sounds familiar it may be because the backing track is the same to Somebody Somewhere Needs You, the Ike and Tina version not the Darrell Banks one. 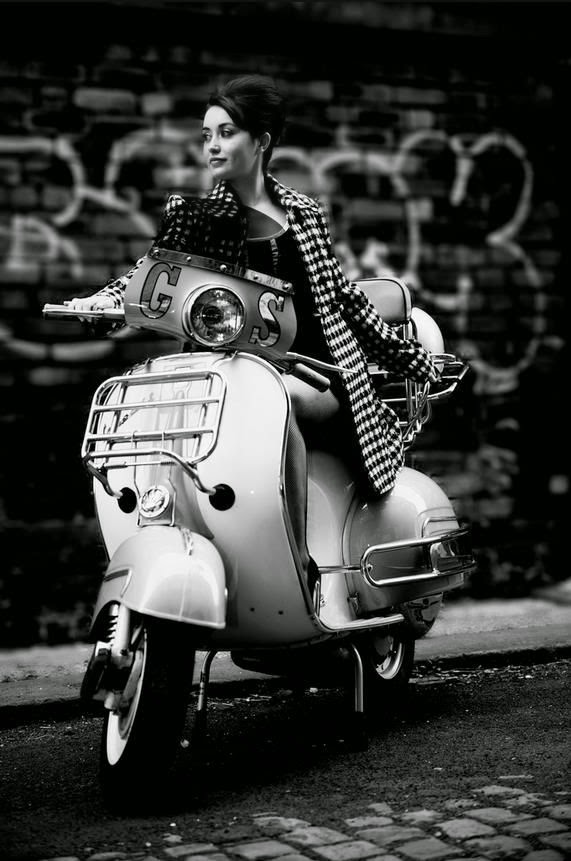 Stiff and I went to see Andy White in a beautiful room in the Art Club during Glasgow's Celtic Connections festival back in January, more of which to come but here is one of the songs that he performed that night. To accompany the song we have the picture of a vaguely Latin looking girl on a scooter. 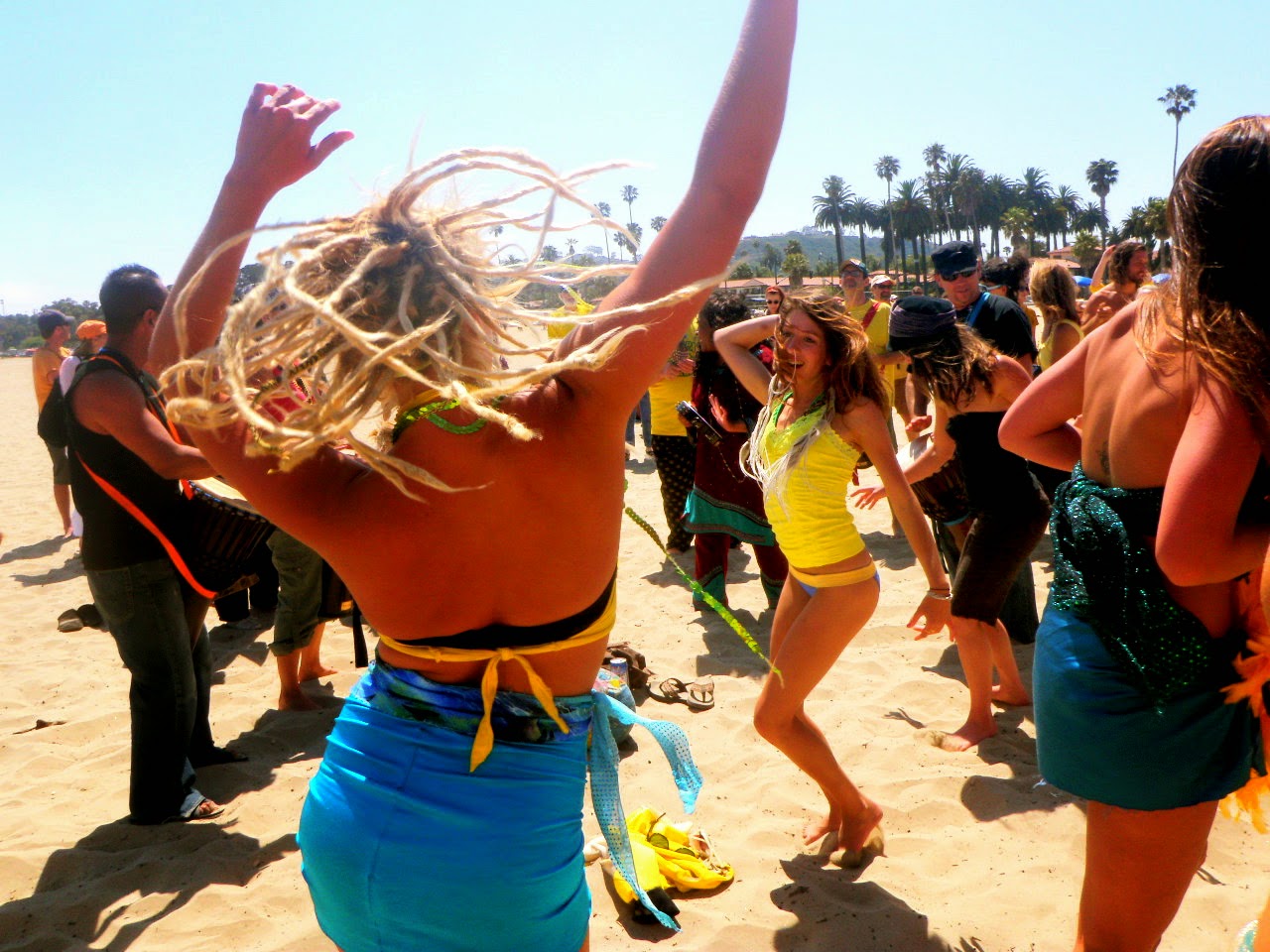 So, I had a few thoughts about replacing this feature during my idleness but couldn't come up with anything better than celebrating the beginning of the weekend with a bit of dance music.

Today's track has been posted before but how often do I get a chance to link a post with an astronomical event so tough, you will just have to live with it.

As I type this it is 09:26 am and it has gone quite dark outside, the sun is about 50% covered and looks extremely eerie through the clouds.

A Reason to Rejoice 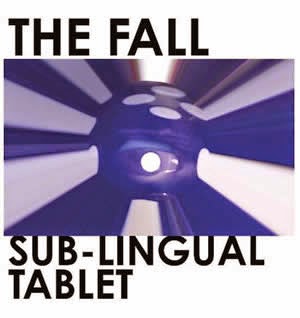 There is to be a new Fall album, the thirty first studio album, called Sublingual Tablet to be released on Cherry Red in May and if the live tracks that are kicking about the internet are anything to go by it will be one of the best in years. The last album Re-Mit was released in 2013 and is okay not a classic but not another Are You Are Missing Winner either. After the gruppe's performance at the 6Music festival I may even revoke my self imposed embargo on going to see them live,

Here is a track from the new album , I don't have a clue what Smith is going on about, are those really the words "curly wurly" that I hear? 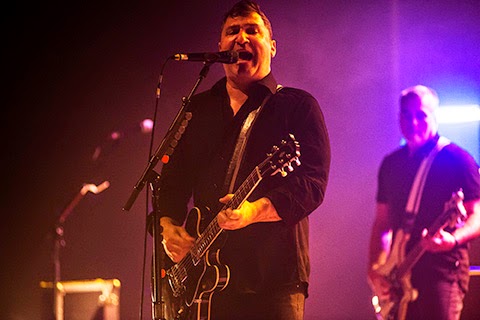 So during my enforced absence from blogging I attended a few really good gigs. In fact I've been to more concerts during the first couple of months of 2014 than I did during the previous 6 months. On a very, very cold Tuesday in early February I forced myself into the car and headed to the Liquid Rooms in Edinburgh to see The Afghan Whigs. If I hadn't been taking my mate I might just have stayed at home and listened to a couple of Whigs albums instead. If I had I would have missed a great gig but would probably have saved some of my hearing, jeez it was loud.

I had last seen Dulli and his merry band the previous July in the ABC in Glasgow and although the performance was very good that night the crowd were extremely subdued and the atmosphere therefor a little flat. No such problems in the Liquid Rooms both band and crowd were right up for it. The material was mainly from the latest album Do The Beast but most of the bands other albums were represented and as you would expect from Dulli, there were a few covers some in full, some mixed in with Afghan Whigs songs and a couple where just a couple of lines which has you racking your brains to remember where they are from. The covers are as eclectic as ever from Fleetwood Mac, through Led Zeppelin, Sylvan Esso, Jeff Buckley The Beatles and Bobby Womack.

A word of warning for anyone thinking of going to see the Afghan Whigs or any of Dulli's bands really, he does not take kindly to flash photography at one point he berated a member of the audience about it, the guy stupidly didn't listen and was on the end of the singer's wrath again not two songs later, either a very brave or stupid man as I've always got the impression that Dulli is not a guy to fuck about with.

Here is the final track from the Black Love album, recorded live in London last July on the previous tour, See how long it takes you to realise what the cover is at the beginning of the song. 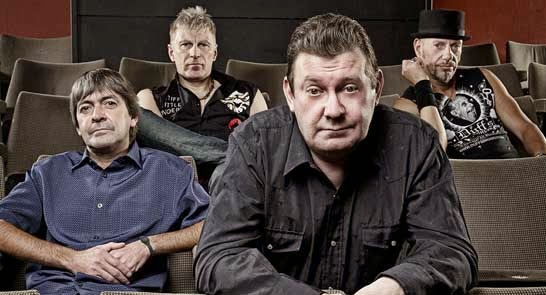 Tonight SLF will be playing the Glasgow Barrowland Ballroom for the 24th St Patrick's Night on the bounce. So I thought that it would be only right to post something by the band and this also fits nicely in with SA's recent series on Johnny's many mentions in music. 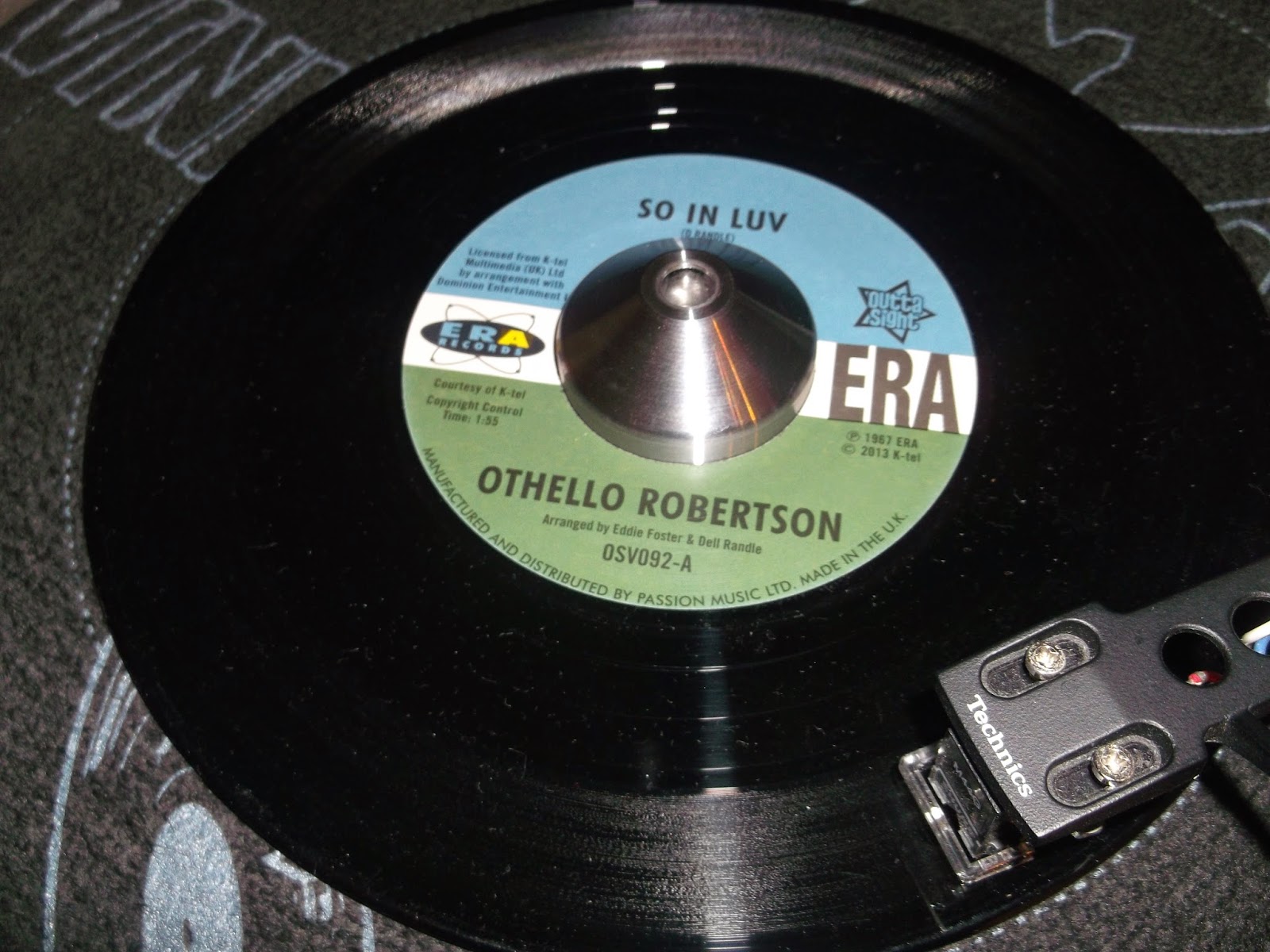 So what been happening?

I was forced into inactivity when my laptop went into meltdown, literally. The fan stopped working and when I put it in for repair, it was found that bits of it had melted! But they managed to get it going again but then the graphics card decided to give up the ghost. So a new, much cheaper laptop was purchased last week and I'm ready to type pish and force upon you songs that I think are worth a listen once more.

As it's Monday let's have a bit of soul. Here is a cracker of a track originally released on Oakland label Era in 1967 and as is the norm in this Monday slot, that's about all I know about the record.