(Your Love Keeps Lifting Me) Higher And Higher 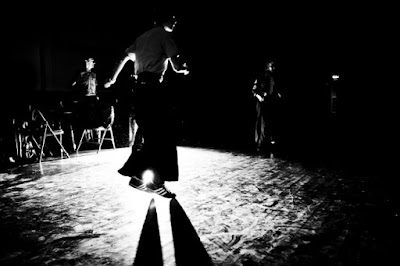 I must admit I am in a bit of a post weekend dip at the moment and need something to lift the spirits and get me going again and I find that a bit of upbeat soul usually does the trick.

I first heard of Jackie Wilson long before I knew anything about him or his music when Dexy's Midnight Runners covered the Van Morrison song Jackie Wilson Said and the infamous TotP edition when they put up a still of Jocky Wilson either intentionally or as a mistake. I am sure that by the time Reet  Petite was re-released in 1987 I had a tape with I Get The Sweetest Feeling on it  as when it was re-issued on the back of the success of Reet Petite it was not unknown to me. My favourite of the three singles re-released in 1886/87 has to be Higher and Higher, originally released in 1967. It has the unmistakable talents of the Funk Brothers on the backing track which they laid down while moonlighting from Motown. Wilson's vocal was added later in one take.

Not my favourite Jackie Wilson track, that as anyone who stuck with my Northern Soul Top 50 will know is Because of You. But it is a great uptempo song to dance to with an infectious beat great bass line and an irresistible hook not to mention the wonderful vocal.

I will not hear a better song all day, or a song that will provide such great personal memories. Toptastic tune Drew

Simply gorgeous. Anyone who tires of this one has no heart. One more day until playoff football to chase away your blues.

It's a great song isn't it guys?

Brian, home safely. You must be shattered.

What a great tune.

I'm not sure if I've had time to experience the post-weekend dip as Sunday was every bit as full-on time wise, although it was a blessing that myself and Brian stuck to sight-seeing and out of the pubs, while Monday and Tuesday have been busy days at work.

Tomorrow sees the football again become a distraction - I'm not really sure that I could cope if the Rovers and Airdrie both get through this stage and have to match-up - and so I'm thinkimg Thursday/Friday will be when it hits me although I do have the pleasure of Luke Haines come Saturday night.

Let me whisper it as it'll probably see me drummed out of whatver clubs I'm in.....but I don't actually like 'Higher and Higher'. It gets played a lot at John Hunt's indie nights, always near the end of the night, and I tend to be the only one of 200 not on the floor. It doesn't, on its own, make me a bad person does it??

More to be pitied than scorned George.

A great song that always improves my mood.