I'm Doin' The Best I Can 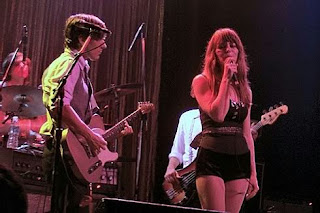 Jenny Lewis has popped up at a few places over the past wee while most recently at CC's bit. Where he featured something from her second solo album Acid Tongue which to be honest I listened to a couple of times when it first came but left no impression on me at all. L and I went to see Lewis at the QMU on the tour to promote the album which was okay but again nothing like on the few occasions when I saw her with Rilo Kiley. With Arms Outstretched is a song I never tire of and the tune I kept asking for at King Tuts and when they played it it was glorious.

Rilo Kiley - With Arms Outstretched
Posted by drew at 08:00

A fixture of my top rated for many a year