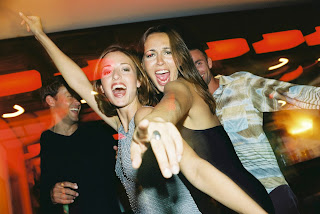 There was an article in the Guardian yesterday that said 29% of 18-24 year olds had never listened to a song by Elvis Presley. I was shocked, I thought that the figure would have been much higher. In the same article it was reported that Elvis merchandise "is in freefall" which I suppose is reason to be cheerful as this means that taste is returning,  as of the memorabilia I remember seeing was almost criminally tacky and not the kind of thing that if I were the King I would want associated with my memory. This blog is not the kind of place that would attract millennials, I would wager that the only time that one has ended up here is by mistake. But if any do wander by listen to some fucking Elvis the stuff from 54 - 58 and from 68 onwards, even the Vegas years had some good moments but not the bloody horrible soundtrack albums and for christ's sake steer clear of  Wooden Heart or it will stay in your head for ages torturing you and sending you to the edge of reason!

All of that was just an excuse for me to post my favourite Elvis tune, remixed by my favourite Gallic dj/producer, Pilooski, yet again.

With the football season once again, it's back to the domestic chores and DiY. This weekend I will be mostly tackling the shed and the cupboard under the stairs. Deep, deep joy!

The German band FSK do a version of Wooden Heart. In german. It's on the Son Of Kraut album.

I'm not a lover of Elvis but by a strange coincidence yesterday, his version of 'Always On My Mind' was played at a funeral I was at. Hadn't appreciated before how the OTT production really hits home the theme/message of the song. My tear ducts were activated.....

Kids these days, eh? Isn't it the 40th anniversary of his death this year? Is 40 years the afterlife of a legend these days?

The soundtracks do throw up the occasional gem, but I'm with you on Wooden Heart: particularly the German version.