Just Sittin' There Rippin' The Pish 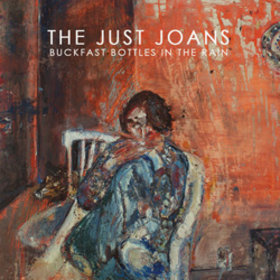 Yesterday's Springsteen Covered post at CC's made me think of this post from way back in September 2012, not that the music has anything to do with the Boss but CC's mention of "the Tonic" favoured in the Shire got me all misty eyed about being 17/18 and the trials and tribulations of that time  although I was never "dumped doon the Strathy".

I don't know what it was like then you were sixteen or seventeen but in deepest darkest Lanarkshire organising your fun of a weekend wasn't the easiest thing to do. There wasn't that much to do in Lanark during the mid eighties if you were at that certain age when playing  football just didn't do it any longer,  you had a baby face and couldn't get into Blondes or Foxes,  the two pubs where under-agers stood a chance of getting served or didn't have a steady girlfriend. Once a month there was the YM disco but most of the time that ended early due to fighting or the calling of  an ambulance for some poor unfortunate, who had drunk too much and needed his/her stomach pumped, and besides the sounds pumped out by "Purple Rain Disco" were pure pish anyway.

So the only other thing to do was drink. Well there were loads of other things to do,  we could have chosen athletics, badminton or any number of other character building pursuits that involved effort and exercise. We however, chose drink.

When partaking of alcohol while not legally allowed to you had  two options open to you.

Firstly if you were in with the heidbangers and local young team you went down the park with a bottle of wine. Invariably this led to having to partake in the athletics mentioned above, particularly the steeplechase while being pursued by Sergeant Slater or other members of Lanark's Finest.

The other option was of course the civilised one where you drank in the comfort of someone else's home. Some were lucky enough to know someone with liberal parents who allowed the drinking of a cargo on their premises. For the rest of us it came down to whose parents were either out for the night, even better for the weekend or the holy grail, they were away on a fortnights holiday!

So from first period on a Friday the question could be heard "Do you know who's got an empty this weekend?" and as soon as you found out who it was then the charm offensive began to get yourself invited to the poor unfortunate's abode. It was not unknown for kids who had a very small circle of friends before the revelation that their parents were in Malaga to become the most popular guy or girl in 5th Year.

Such evenings started off well,  all civilised, folk having a good time, drinking,  listening to music, trying to cop off with members of the opposite sex. But as the night progressed there was always a casualty or two and some projectile produced.  A romance would bloom, another couple ended and things generally degenerated  until the night was ruined when some shady characters turned up, probably from down the park and either wrecked the place or stole the drink or even worse the parents came back early.

Up until recently nobody had captured the trials and tribulations of trying to have a good weekend while under-age in Lanarkshire in song. This situation was rectified earlier this year when the Just Joans released their "concept album" about the last year of school and the first year of Uni away from home,  wonderfully entitled Buckfast Bottles In The Rain. Granted the band are relating their experiences in Motherwell in the mid nineties but things don't change much in the shire and this is the same scenario I found myself in at the same time during the previous decade in Lanark but replace Wonderwall with The Rattler or Dignity

A portrayal of Scottish youth many of us are familiar with Drew and wonderfully and amusingly written.
I have d/l of Coia's Empty probably courtesy of your good self

Although I'm slightly disappointed "Coia's Empty" doesn't refer to former Catchword host Paul Coia, that's a bloody great tune. I'd never known what the empty was without your explanation. Cheers!

I was waiting for the Sceamadelica t-shirt story.

It's the same all over. Sounds a lot like my youth in the cornfields of Illinois. I had my hands on this album a few weeks ago and didn't pull the trigger. I see now that was a mistake.

The JJs are immense at what they do but I can see why they are not to everyone's taste.

Their current keyboard player - Doog - works alongside me. He's a great bloke, so quiet and unassuming about his work with the band.

Familiar scenarios in unfamiliar settings, for me at least. A fabulous piece of writing Drew. I didn't know The Just Joans, but I'm liking what you've shared a great deal.

As Brian said: describes MY youth exactly ... word by word!