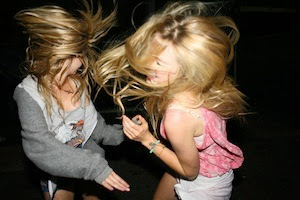 Way back in 2008 Andrew Weatherall and a few of his mates from the Boardroom collaborated on an excellent album where  tracks by Radical Majik, E.S.G. and Le Sarge En Board were presented in their original form and then given the Weatherall treatment and then a couple of TLS tunes were reworked by members of the Boardroom. The following year a second volume was released which was even better than the first. It inculuded a Weatherall track which at the time as one reviewer has said was an "absolute chugging killer" and still sounds brilliant today. I eagerly awaited the vinyl release of this track as it was mooted at the time that it would be released as a 12" but sadly this never happened and I've had to live with the cd which is probably one of the most played cd's in the house.

As the teams for the play-offs for the Scottish First Division become even less clear, at present  as five teams compete for two play off places with only two games to go. Airdrie take on East Fife who are on the same points but with a vastly superior goal difference tomorrow away, Unfortunately I can't go to this match as L is taking me away for the night for my recent birthday. It's  another must win game not just for the Airdrie supporters but also it means that we will go into the final match with something to play for. This is important as I will be joined at the Excelsior by some special guests from Seattle (Brian) , Germany (Walter), Manchester (Swiss Adam) and maybe another blogger from the central belt (CC) who will be in Glasgow for the first Bloggers Summit weekend when we intend to drink too much and talk pish mostly about music but probably life the universe and everything. Also present will be Dirk, who hasn't the faintest interest in Airdrie or football for that matter and will be chaperoned in Glasgow by JC and some of his friends and sometimes contributors while the football is on. I have to admit that the closer we get to this weekend the more I am looking forward to it.

Nothing to do with non-interest, it's just that I am much more clever than you: when YOU lot return to the city late afternoon, with all the evening ahead of you, stinking drunk and frozen to death from having stood at the pitch all the time, I will have had a very relaxed afternoon, will have seen some nice churches, a museum perhaps, also I can imagine that inside the Mitchell Library it will be nice and cozy warm ... and for the books: when I was younger, I played Bunte Liga Aachen (Gemeinschaft Unabhängiger Säufer Tangente), also I was board member of the village football club for the last ten years (FC Germania Dürboslar): google both if you think I'm talking pish!!

I really meant to say shit Scottish football, Dirk. The Mitchell Library is great and I'm sure that JC would take you to Kelvingrove where you could see Glasgow's most famous painting, Dali's Christ of Saint John on The Cross, possiblby my favourite painting. Alas we will not be drunk as you can't drink at Scottish football and the weather will be tropical as it always is in May in Scotland!

I was just taking the piss, Drew, I certainly won't waste my time in churches and museums! And a football match without a beer or two: is this really possible? Unbelievable ...

Hi cuz I saw Weatherall live recently. Hope you're all good. Check this out: you might like.

Hey Cuz, long time no hear. Hope all is good with you and yours. You always did hang with the cool people. See you soon?

Drew,
How about an update? Next week's match still have meaning?

Very much so Brian. We won 4 nil yesterday which means we.are third but Queen's Park can still catch us if they win next week and.they have a superior goal difference.

Wow. Would say 4-nil at least shows they understand the severity of the situation. Any team I support would have been on the nil side of the ledger.

I am missing out on my own team's final match...which might be a good thing!

We lost 5-0 in our sesond last gamde and now have to win and rely on another result going our way to avoid a relegation play-off where there is every chance our opponents will be.....yup, you guessed it, Airdrie.

Dreading it. (not the weekend...just the football)