Mantra From A State Of Mind 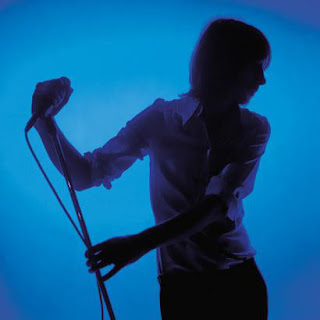 I was going to have a rant about the upcoming RSD16 but what's the point. You will already have your opinion on it and my sweary diatribe isn't going to change your mind. When the list of releases came out with all the fanfare I had a look and nothing really grabbed my attention apart from the re-pressing of Spacemen 3's Recurring an album that I either sold or lost some time ago and have lived with on cd only for the last ten years at least without too much trouble. I would be lying if I was to say that I would not want to own it again on vinyl but do I want it enough to get up at 06:00 hrs and queue outside Monorail for two hours or so for, I don't think so. The one release that I might consider doing that for would be the Burial remix of Inner City Life but that isn't on Monorail's list. So I will go into Glasgow sometime next week and see what's left.

The releases that I am really looking forward to in the next month or so are new releases by the Black Angels, The Cosmic Dead, Slow Dive, The Afghan Whigs and a Nick Waterhouse 7". All of which will be purchased from a bona fide record shop when released without having to get up in the middle of the night and stand in line for. Maybe I'm just getting old but I think that Record Shop Day has run it's course and it's time the majors let some of the small indie labels near the pressing plants to press up some new music as opposed to Bowie or Prince on coloured vinyl or picture disc.

Fuck! I have just checked Piccadilly Records list and The Only Way is Up by Otis Clay is on there. Now for that I would start queueing now but also Monorail aren't stocking it,

Here's a track from last year's celebration which I picked up a week or two later for cost.  The best thing Primal Scream had done for a long time prior to the recent remix by Anton Newcombe. I have to admit though when I read the the Scream were covering S'Express, I thought to myself "fuck right off that will be the biggest load of shit since the last thing they did" I was happily proven wrong,  I think that it's Jason Pierce's guitar that makes all the difference.

Oh and one last thing, I love 6 Music and everything but they don't half flog everything to death. Last month it was the 6 Music festival, christ I was lucky enough to see some of it and it was doing my head in how much they went on about it, so for those who didn't it must have really been a pisser and now all they can go on about is this bloody Saturday. They need to get some perspective I think.

Just as well there is nothing for the BBC to over expose happening in June isn't it!


Primal Scream - Mantra For A State Of Mind

It seems counter-intuitive that for a couple of months every year indie labels struggle to access pressing plants to produce new releases because they're backed up pressing records for Independent Record Store Day. RSD was a inspired idea and has been an overwhelming success, but perhaps, 10 years in, it's time for a rethink.
You're right about 6Music's overkill too. I love the network, but when they get their teeth into something they do like to flog it to death.

That's a bit of a blow-I can't get into Piccadilly Records this Saturday. was hoping you might be able to pick me up a copy o the Weatherall remixes of Holmes and Fallon. They say they'll put whatever's left over on the website at midnight.

"I think that Record Shop Day has run it's course and it's time the majors let some of the small indie labels near the pressing plants to press up some new music as opposed to Bowie or Prince on coloured vinyl or picture disc."

Well said. Lots of problems with RSD, but it all comes back to that point.

I'll look at the list of releases today, but I guarantee I will not line up for any of it. What worries me is every year I read more and more people are saying they will skip the lines and check in later in the day to see what's left... something I have done with quite a bit of success the last couple of years. Will afternoon/evening become the new morning?

I'm with everything said in the posting and the very sensible comments that followed.