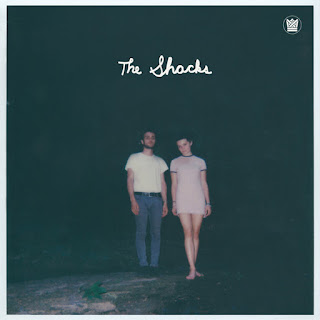 I do like a good cover version, even when I'm not aware that the version I am listening to isn't the original until I read the credits or someone else informs me that it is a cover version. In this instance I became aware that This Strange Effect was a cover was from a comment by Johnny TFL when I first posted a track by the young Brooklyn duo who first met in high school.

The track was penned by Ray Davies but a studio version by the Kinks was never officially released, however a BBC session was included in a couple of compilations. The song has been covered a few times, originally by Dave Berry in 1965 when it reached the low end of the top 40 in the UK but Number 1 in the US. The Shacks version was released  on The Shacks ep which is well worth tracking down.

The Shacks - This Strange Effect
Posted by drew at 08:50

The Shacks version is good but I prefer Dave Berry. Did you know he went on TOTP wearing socks. And "The Crying Game" was fab!