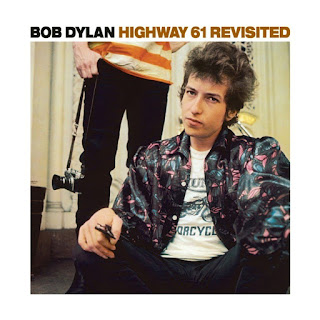 Not sure I have anything to add to the reams of stuff that has been said about Bob Dylan or this song in particular apart from it is a work of fucking genius that you just don't want to end and when it does you can't quite believe that eleven and a half minutes have passed.

I first heard Dylan at a mate's house when I was either twelve of thirteen. Ben's dad was a huge Dylan fan and it was not uncommon to hear Bob's dulcet tones when entering the house it was either that or the Archers if I wandered up at that time of evening. So both parents were responsible for turning me on to two quite different forms of aural entertainment.

I once briefly stepped out with a girl whose parents were Archers devotees. Everything stopped when it came on the radio and moments of perceived drama were met with an 'ooh', 'aah' or '...she's no better than she ought to be...'. Bafflingly to me, my girlfriend loved the programme too - I'm afraid I could never quite see the appeal. Fortunately all of the above were also big Bob Dylan fans, so we got along famously anyway...and still do almost 25 years later.
Desolation Row? Easily the best thing on the internet today.

Desolation Row is an incredible piece of writing. My favourite verse is the one which begins "At midnight all the agents and the superhuman crew
Come out and round up everyone that knows more than they do" - it's almost scary. I'd just turned 15 when the album was released and used to carry it under my arm when I went to school, trying to get my music teacher to play it*. What a poseur I was.
*He did play my copy of Zappa and The Mothers' "Absolutely Free" and pronounced himself impressed. A year or so later, he ran off with a 6th form female.

What they all said.