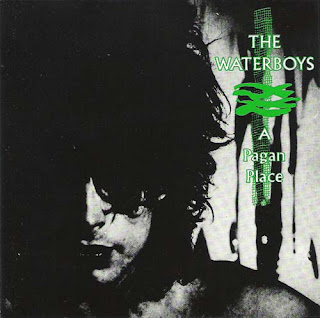 An epic from the pen of Mike Scott today, a song that Scott himself called "big music". Red Army Blues was influenced by two books that Scott had been reading, The Forgotten Soldier and The Diary of Vikenty Angarov, both stories of the Eastern Front one from the German and the other from the Russian perspective.  The song is the story of a hero of the Soviet Union in the second world war who on his return is sent to the gulag as Stalin fears the influence that American troops had on their Russian counterparts when they met after the fall of Berlin. This was the standout track from the second Waterboys album, A Pagan Place released in 1984.

I only stuck with the Waterboys for one more album, but this one was very important to me in my youth. Hell of a choice, Drew.