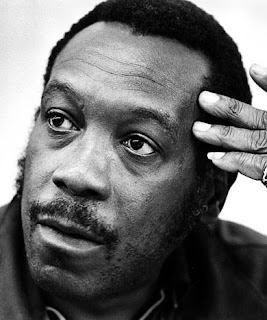 It is debatable that a lot of modern popular music today would sound the way it does if it hadn't been for Clyde Stubblefield who sadly passed away on the 18th of last month. As the drummer in James Brown's backing band he was responsible for laying down the rhythm on The Funky Drummer which it is said was then re-discovered by Hank Shocklee when looking for beats for Public Enemy's first album. and has since been sampled or copied by absolutely anybody trying to make their record that little bit funkier. A search in Who Sampled comes up with 1368 songs where the drum break is sampled. So it could be argued that along with the "Amen" break by G C Coleman, the funky drummer beat changed popular music from the 1980s to the present day more than any other sound or technological breakthrough.

In 1988 Coldcut, who had already used the funky drummer sample on their groundbreaking Say Kids What Time Is It were asked by Polydor to create a "payback mix" highlighting some of the many James Brown samples that were being added to what felt like every second Hip Hop or House record at the time, the use by indie bands to highlight the dance element that was always a part of their music (aye right!) would follow later. The duo even got to meet James Brown at the Dorchester where when asked to comment on the sample robbery of his music rather graciously said "these guys have got to make a living". A few years later I don't think he was as forgiving.

Clyde Stubblefield we salute you.

And here's Fatboy Slim's mix where the funky drummer beat is even more obvious.

Excellent tribute to an absolute giant.

Been meaning to celebrate the funky drummer myself. Good post Drew