How Does It Feel To Feel? 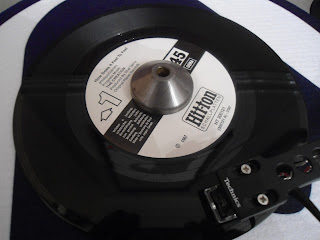 All roads seem to lead back to Glasgow at the moment, well one wee bunch of reprobates who left the town and nearby "Polo Mint City" many years ago. What with my Scream fest last week and now mostly listening to the Jesus and Mary Chain after Friday's gig at the Barrowlands. I was goiung to review it but it wouldn't be in the same league as SA's of the following evening's gig in Manchester. I will do a bit of name dropping as during the encores I moved from front and center to the left hand side where the bar is, so as to make a quick get away down the fire escape and found myself standing next to Shaun W Keaveny, Stuart Maconie and Liz Kershaw, there were probably others that I didn't recognise.

So today's tenuous link is through the man that released the glorious noise that is Upside Down.   Alan McGee liked the Creation so much he named his  label after the band and his band was named after the 60's mod/psyche group's second single.  How Does It Feel To Feel, released in 1967 is my favourite by them. I got the urge to play this after listening to Sidewalking by The Jesus and Mary Chain on Saturday. I love the lazy quite sloppy feel to it.

Another splendid racket, it goes along in a rather lazy way until all hell breaks loose for the musical breaks.

My favourite by them too, brilliant.

I'm still a Mod at heart, and I love a good bit of punk and noise. This ticks a lot of boxes. What version have you posted? Work blocks the links. There is a British versh and a US versh. They're not that much different to be honest, but they feel different.

Thanks for the kind words Drew. This is a cracking tune too.