Think Twice Before You Take The Pledge 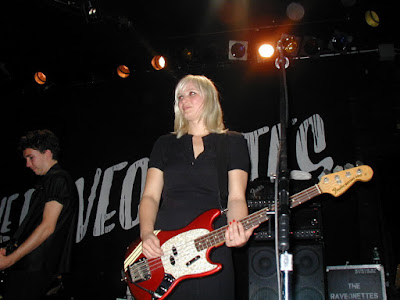 Not sure if any of you have had any dealings with Pledge Music but I have to admit that my last few dealings with them have been less than satisfactory and when I come to think of it only two of the eight pledges that I have been involved in have been plain sailing, the one for the last Slow Club lp and also the Wedding Present bundle for Going Going. At the moment I have three where the vinyl hasn't showed up and all are past fulfillment date.

Firstly, there is the Stiff  Little Fingers Barrowlands 25th St Patricks Day vinyl which is currently 8 months overdue, problems with getting pressing plant space and then some bright spark decided that all of the covers needed to be shipped all over the world to get the band members to sign them and you guessed it they were damaged on one or more legs of the journey! Resulting in new covers needing to be produced and then waiting for the British Tour for the band to all be in the same place, which was the start of the month but no update on when the records will be shipped.

Next up is the Orb who, to be fair have previous when it comes to fucking up with the live Brixton Academy cd/dvds to be released in 2014 which got shipped in installments throughout 2015 the final dvds arriving September 2015. We have had every excuse under the sun for the late arrival of this pledge, from problems with mastering, "everything takes longer than you think" and again availibility of pressing plants for the vinyl, the previous problem with vinyl lead times must have slipped their minds. Five months and counting on this one.

And finally the Raveonettes which won't actually be overdue un til the end of the month but when I saw that it is now advertised for sale on Amazon and will be available on the same date as for those who pledged in the first place I am beginning to wonder what exactly was the point of being involved with this mob in the first place as you need to pay upfront when you pledge which means that for some of these things I will have handed over the readies a year before getting the records which has pissed me off.

Here's a track for the first Raveonettes full album which I didn't have to pledge and wait for but bought from a record shop the way you are supposed to.

The Raveonettes - Let's Rave On

I've used them once or twice and can confirm that are don't seem particularly on top of things. But one time it worked in my favour.

That's a dreadful read (the story....not the way it's been written!)

Haven't as yet done anything via that route... thought about it once or twice but shied away. Kind of relieved now.

That's terrible. I'm used to vinyl delays, but paying up front only to wait sucks.