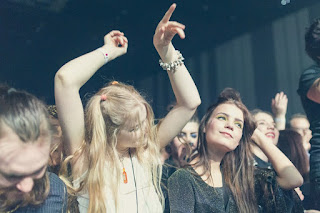 I've been listening to the new album by Timothy J Fairplay, Where Is The Champion a lot since it's release a few weeks ago. It has a very old school quite retro feel about it, even down to the 80s video game inspired artwork and made me want to listen to John Foxx afterwards. I get a very dystopian vibe from it but that is probably just down to my very gloomy outlook at the moment. I went back to listen to other stuff I have by Fairplay and a lot of it has a retro feel but still of it's time if that doesn't sound too stupid, whether it be the Junior Fairplay stuff or the single released on Hoga Nord records last year. Today's track comes from the excellent second volume of the Andrew Weatherall vs the Boardroom compilation which scarily was released some eight years ago now! On this track Fairplay looks to the golden age of Acid House for inspiration and comes up with something which sounded fresh in 2009 and to these ears anyway, has not dated from then til now. althoughI will have to let my 21 year old nephew have a listen and get the opinion of a regular modern day club goer as I am listening through the earsd of a middle aged man who has only seen the inside of a club recently to see bands not indulge in the whole hedonistic club adventure thing.

Turning to football, a topic beloved of middle aged men, Airdrie's enlisting of the help of a legend from this galaxy and another from one far far away has not helped the team on the park one iota as last week they were resoundly humped 2 - 1 in probably the worst performance I have witnessed this season at the very least., So now we have enlisted the support of Forest Gump, see here and to paraphrase him:- watching Airdrieonians is like a box of chocolates you never know what you are going to get, however unlike chocolate,  attending an Airdrie match these days is rarely sweet or pleasurable. Let's hope they can get something from the local derby tomorrow away to Albion Rovers,

you saw your team score four; I saw my team ship four in what was by far the worst performance in six or seven seasons. I was so angry that I couldn't speak on the train journey home - thankfully calmed down before I walked in the front door or it would have been like this:-