And A Bang On The Ear 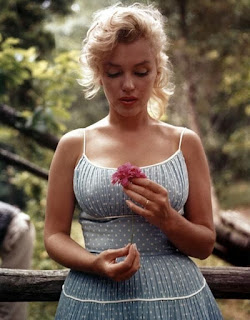 When Fisherman's Blues was released in 1988 I was more than a little disappointed with the album. "What's with all this bouzouki shit" was my initial thoughts. Gone was the epic sound of the previous album replaced by this irish/Scottish folky feel not without it's epic moments when you look a little closer as four of the tracks on the original vinyl clock in at over 7 minutes. It took me quite a bit of time to warm to the album but in the end I did succumb to it's charms but not enough to invest in the 7 disc retrospective release of the album in 2013. These days Strange Boat, We Will Not Be Lovers, the title track and Scott and his ensemble's  version of the Van Morrison penned Sweet Thing.

My favourite track is "And A Bang On The Ear" in which Mike Scott takes a verse each to recount past girlfriends, lovers and that first unrequited love.. His bittersweet recollections are given such an uplifting mood by the music that I am incapable of listening to it without smiling and to tell you the truth remembering past dalliances of my own. It was a while until I found out that the title meant a peck on the cheek or similar affection.

A few yours ago their was a particularly good edition of Master Tapes on Radio 4 in the UK where Mike Scott discussed the making of Fisherman's Blues with John Wilson and a studio audience who also fired questions at the musician. I am still waiting for Wilson to get Roddy Frame on the programme to discuss the making of High Land Hard Rain, now that would be an episode worth the license fee alone.

The Waterboys as you probably know were huge in ireland in the 80s. They were actually the focus of a scene - 'Raggle Taggle'. Horrific stuff. It gave middle brow big trotters the first chance ever to be 'current' or even 'trendy'. Of course this was part of a long line of 80s disasters when it came to taste or style. needless to say the music was lost in all of this. It became the stuff of well meaning religion teachers trying to get on a level with dejected teens (ref the Graham Norton episode of Father Ted). At a house party there was always some smug cunt in an aran from some suburban dublin shithole behaving and wishing he was from the darkest corner or rural ireland. Acid House killed this scene thank jaysus. By the time I got to college in 88 the lines were never wider and by time i finished in 92 most of these quasi-crusty types had been swallowing pills for a few years and had failed drama studies.

Stopped buying Waterboys when this one came out, but I came around to its charms many years later. I think I needed to mature a bit. I don't rank it up there with the first one or A Pagan Place, but still very good.

I love this song - not a massive of the album but this song gets me. I love list songs and the like.

I knew the girl ("Norah") from Ayr who Mike Scott still remembers "stirring chicken soup". I knew Mike too... but so did a lot of people back then. This album just wisnae anywhere near "A Pagan Place" or "This Is The Sea". I don't dislike it... but I don't love it like the previous two.

The change of direction took a while to get my head round at the time, but these days I'm more likely to play 'Fisherman's Blues' or 'Room to Roam' than any of the first three albums. All great though.

What's with all this bazooka shit?
New catchphrase.
Swiss Adam

I'm still not a real fan of Fisherman's Blues - I sort of got the thought process behind the change in musical direction, but it went in one that just doesn't really have a home in my musical pantheon. The Waterboys attracted me with their "epic" turns, their "Big Music." While some of the music may still have been Big, the search went inward and away from those heart stopping, air grabbing moments of the previous albums.
It didn't help much either, that their sound on Fisherman's Blues was more commercial radio friendly, appealing to people who dismissed Scott's work prior to it's release or never really knew it.

As ever great comments guys. Anto I don't think I could have been bothered with being around the scene you described would have done my head in. Even now when someone reaches for the acoustic guitar at a party that is my signal to leave.

I don't own a single thing by The Waterboys. Rachel likes them and brought some of their albums along with her when we first moved-in together; I tried, but nope, they were never for me.