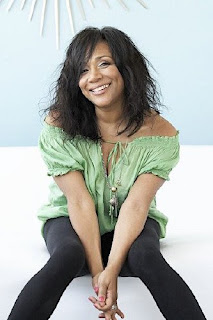 It is inevitable that some of the soul singers that I have come to love over the years have been passing in recent years as a lot of them had been recording from the late 50s/early 60s but Joni Sledge certainly was taken before her time being only 60 when her death was announced on Friday. She formed Sister Sledge in 1971. They are probably best remembered for their work with Chic in the late 70s recording some of the best disco/soul records ever. One of their earlier singles from 1974, Love Don't You Go Through No Changes On Me saw action in the northern scene and has been featured on the blog before. The Sisters also had the dubious honour of a cover by the Fall of Lost In Music, one of the gruppe's best covers actually. I have decided to post my favourite Sister Sledge track, Thinking of You,

Sister Sledge - Thinking of You
Posted by drew at 08:00

And an appropriate choice of song. Another sad loss.

No Sister Sledge/Chic etc and there would be no Orange Juice.

Nice tribute, as has been said already. Also love this song. RIP Joni.