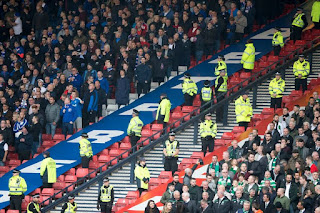 And in with the new.

I'm probably not the only one to think that 2016 was a c**t of a year. There have been more than a few dramas in the lives of people close to me, one of which had a  positive outcome but sadly not so on a couple of other occasions and just when we didn't think it could get much worse at the beginning of December one of Max's best pals was nearly killed in a freak accident and if it wasn't for another friend's bravery and  presence of mind to carry him the 500 yards to get help and the NHS staff who treated him and continue to do so he would not be with us now. He has a long road to recovery but he is a very lucky 14 year old to still be alive. So one positive to take into the start of 2017.

I would like to thank every one who stopped by here this past year and especially to the ones that left a comment, each and every one of which is appreciated, they are what make me and others continue.

Anyway,  I wish you all health and happiness for the coming year, I will leave you with a bit of Jimi Hendrix.

There will be nothing to see here until at least the 6th January as we are off to Amsterdam with my parents to celebrate their Golden Wedding Anniversary. They got married fifty years ago on the 23rd December.

Happy new year to you and yours Drew. Have a fabulous time in Amsterdam.

Happy new year Drew. Have a blast in Amsterdam.

Happy and Healthy New Year to you and your's Drew!

Buon anno nuovo, from the usual restaurant on the beach. Have Fun!

hey drew, haooy new year, just finished an assignment (!!!) in Amsterdam, Thats the bosses word not mine. Go to 9 streets. everywhere there is cool

You have been friend to all music lovers this year, Also to those of us with a certain sensibility and take on the world
And in a world were its really possible to despise anything to do with the virtual world folks like you make it very reassuring.

Love. To you and your folks

Best wishes for 2017 to you and your family, Drew.

Happy New Year to you and yours, Drew. Enjoy the stay in Amsterdam.

Happy New Year and thanks for the music. So sorry to hear about Max's friend, but a heartening reaction too and reason to still have some faith in humanity; I'm glad you included it.

The year that was did suck, but your blog was always something to look forward to reading in 2016. Thanks for everything. Safe travels.

Should leave a comment to say I read this blog weekly, even though I rarely comment. Keep at it

Thanks for everything in 2016 Drew. It never struck me that the accident you mentioned (which I of course read about in the news) would have involved someone close to Max. But then again, I do forget that in a small town like yours everyone is just about connected to everyone else through schools, shops, social club, pubs etc. Hope the wee man isn't too down about it....

Hope you've had a blast in Amsterdam. I tried to get my folks to do something exotic and memorable for their Golden Anniversary a few years back but had to make do with a weekend in St Andrews - in February! Not ideal but we made the most of it.

I know we keep promising a beer together. After the events of late 2016 (which personally put the ghastly icing on a particularly bad cake)I'm more determined than ever to make that happen. Expect a text early next week.

Greatest year ever. We beat the statists, the corrupt and the policy-retarded!
MAGA!!!