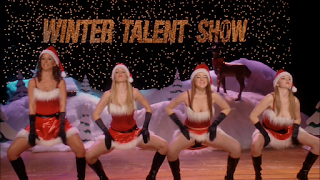 This week I have been spending quite a bit of time trying to work out the "Tracks of My Year" so I have been mostly listening to stuff from the past 12 months. Early in the week today's track came on the mp3 player and I had to remind myself that this single came out 5 years ago and not recently which is quite rare these days as when I find myself sticking on dance tunes from the last few years I find that a lot of them have dated quite considerably in a quite a short time.

This week the Diamonds will be hosting Stenhousemuir and a win would mean us consolidating our second spot in the table, yes I did type that correctly, we are second in the league!. Unfortunately only Leo and myself will be at the game from our mob as Stiff and Willie are off to see Newcastle United and Max has decided that he no longer wants to support Airdrie, his exact words were "I've got better things to do with my Saturday",which is debatable as all he seems to do is hang about Subway or play the x-box which is in no way better than watching Airdrie on a winning streak. I wonder what it would take for them to be made team of the day on Off The Ball, nothing short of winning the Scottish Cup I think. A few weeks ago Tam Cowan actually nominated a thug called Jim Goodwin as pplayer of the day after a game against Airdrie where he persistently fouled, scored an own goal, was sent off and nearly broke an Airdrie player's leg with his well timed cropping of the player. I'm not saying Cowan is biased but he is from Motherwell and mentions their cup win over three decades ago at least five times in every show (and his taste in music is pish). But I digress.