Not Another Female Fronted Band Drew? 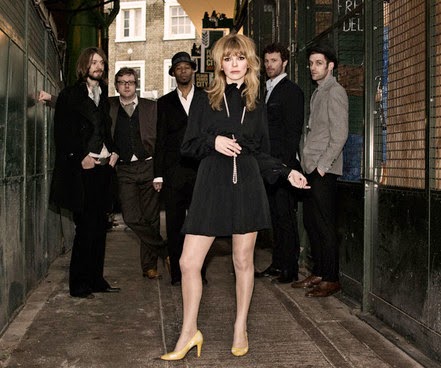 At the weekend I was accused of having a bit of a thing for "foxy" female fronted bands and probably today's track will be seen as further evidence for the prosecution. Although I would describe Ali from Lucky Soul as "cool" rather than foxy.

Up In Flames is my favourite track from the band's second album, A Coming Of Age released in 2010 and I think would have made a cracking single. Since the release of that album very little has been heard of Lucky Soul. There was an entry on the band's website in May 2011 stating that the band were in the studio working on the third album but since then nothing.

Ha, I've had the same criticism aimed at me. You're just a dirty old man!

But seriously, there are some great women singers/songwriters etc. I'm not hearing too many newer male artists who are as good these last ten years.

I have a hard time thinking of a bAnd that wouldn't have been better served with a female singer...it's a short list.
Yo La Tengo comes immediately to mind...Georgia would have uttered every syllable in their catalogue if I had been in charge.

I don't know the second album as well as the Great Unwanted, but I really enjoyed their sound. Can't believe those first singles were eight years ago already.

There are worse things to be accused of Drew. I assume you plead guilty as charged

Si you may be right

EF - I'm not that up on Yo La Tengo, will have to do some digging

Brian - The second album is really good. it is quite scary as it doesn't seem like that long ago.

No bad thing Drew, especially when the voice is as good as this.