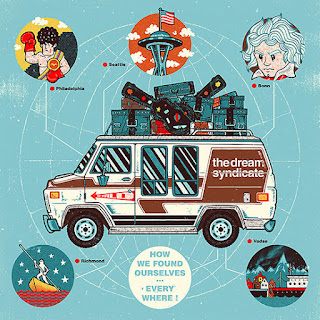 A year ago today I was going to feature the live version of John Coltrane Stereo Blues from the RSD release "How We Found Ourselves . . . Everywhere!" by the Dream Syndicate.  This version was recorded in Philadelphia for WXPN, the University of Pennsylvania's radio station, excellent as this version is with the duelling guitars sounding so good, I do wish it had been the live recording that the band had done for KEXP that had been included in this release which is another three and a bit minutes longer.

No link appears to listen to this music. I Cry…

I will sort this when I get home later on, sorry guys