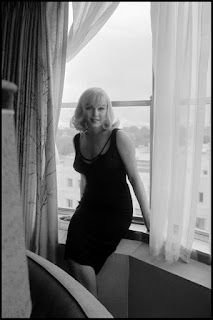 The Contours were one of the early male singing groups to join Berry Gordy's Motown soon to be empire. However Gordy turned the group down the first time they auditioned for him. The bass singer  Hubert Johnson, the bass singer was not going to take no for an answer and so visited his cousin, one Jackie Wilson who knew Gordy to ask if he could persuade the label owner to give them another chance which he did and after hearing the exact same songs as the first audition he signed the group to a 7 year contract. The group are probably best know for their million seller from 1962 Do You Love Me. My favourite track by them is Just A Little Misunderstanding, however this version of the Smokey Robinson penned, Temptations hit runs it a very close second. Prior to Richard Searling including the song on the first version of Tamla Motown Connoisseurs this was only ever available on a UK budget album from the early 70s.

I only have a few songs by them from comps, but I can say without reservation this is the best one I have heard. Thanks for that.

Funnily, I thought that it might appeal to you Bri.