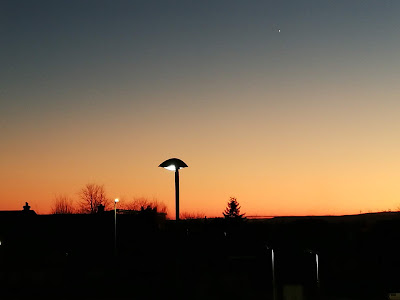 In one of my moodier moments I could possibly describe today's long piece of music as |"meandering pish", it is however the sort of gentle, none too taxing kind of thing needed to ease in the next working decade.

Chocolate Hills is a side product of Alex Paterson's in collaboration with Paul Conboy . They released a rather lovely ambient album, A Pail of Air, last year. And At The Same Time was one of the two bonus tracks with the digital release. A word of warning if you are considering buying the vinyl album, so far both of my copies have had to be returned due to excess noise and in the case of the second one loads of shit in the grooves of the vinyl.

Chocolate Hills - And At The Same Time
Posted by drew at 08:00

While there'll always be a place in my heart for a great 2 minute pop song, there'll equally always be a place for a big dollop of meandering pish - in fact the latter seems to take up more and more of my listening time these days. 'And at the Same Time' is absolutely perfect for my mood this morning. Another coffee I think.

Yeah, this is ace.