Silence Of The Morning 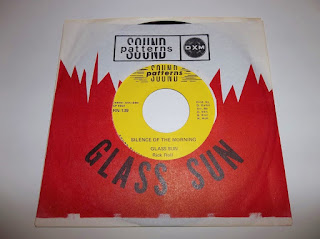 Silence Of The Morning is one of the best bits of fuzz drenched heavy psych that came out in 1971 just as psych was morphing into heavy rock/metal.  The Glass Sun were formed in 1964 in the Detroit suburb of Westland but did not record any material until after they had returned from tours in Vietnam. They released two singles, Silence of The Morning in 1971 and Stick Over Me the following year. Both of which were largely ignored but have found an audience over the past ten years prompting the band to remaster all of tracks they recorded and release an album Cyclonic Review in 2014.

The Glass Sun - Silence of The Morning
Posted by drew at 08:00