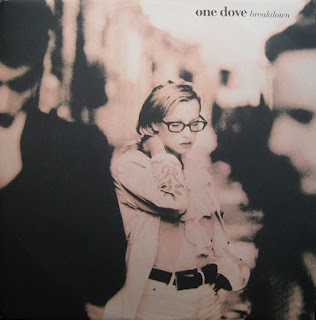 Usually a lot of deliberation goes into Monday's long song, I know you wouldn't have thought so would you,  on a Sunday while doing the messages, putting away the messages and getting the dinner ready by the time that The Westminster Hour hits the airwaves I have chosen the song and begin to think of some rubbish to type to go along with it.

I am proud to admit I did hew haw the whole day other than play music but with no thought to today's post but rather just records that fitted into the bright, warm holiday vibe and so I started with Roddy Frame's criminally overlooked first solo album, The North Star, so no contenders there, I did play a bit of Burial and the absolute joy that is Morning Dove White but the first I featured last week if any one is paying attention  and One Dove have been done to death here and other places over the years.

Flogging a dead horse is something I am accustomed to doing (the It's Friday . . .  Let's Dance posts will return shortly,  by the way ) so here is William Orbit's Stereo Odyssey mix of Breakdown for you that I have just decided needs another airing, Well, you can never have too much One Dove

I did do one other thing yesterday, I watched Repo Man for the first time in years and can report back and confirm that Repo Men are indeed still intense and the film is just as good as it was when I first watched it as a snotty teenager.

Haven't watched Repo Man in years, need to look it out. Great soundtrack.

You're quite right, you can never have too much One Dove.

I tend to overlook Orbit's OD mixes in favour of the other fella but this is sublime.

Roddy and Repo Man is a fine day indeed. I don't have a Blu-Ray, but if I did, the Criterion Collection version of this movie would be my first purchase. My copy is a worn VHS one I have had since I was 15 years old.


My download seems to be "Not the Man I used to be" by Fine Young Cannibals...?!!

Sorted now Phil, not sure what happened there