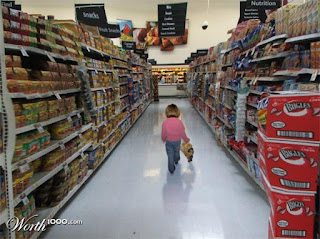 One of the things that I discovered early when I delved into Greg Dulli's back catalogue (I came late to his work, courtesy of John Richards on KEXP in the very early 2000s) and which continued to come to the fore in the ensuing years was that he had very good taste in the songs that he covered. Whether it was as an Afghan Whig, Twilight Singer, Gutter Twin or on his own he has a way with other people's songs and can put a new slant on something that I already knew or made me appreciate something that I would not have given the time of day in any other circumstances. There is only one rendition that I have thought "Nah Greg, that was not a very good idea, you would have been better leaving that alone". Which is a pretty brilliant hit rate considering the number of other people's songs he has recorded.

I was compiling a playlist of these tracks the other week and thought that I may as well feature some of these on the blog.

I thought that I would start with a track from the only "perfect" album that I know of, London Calling. Side b track 3 Lost In The Supermarket, like every other track on Rolling Stone's "best album of the 80s" is a highlight, one of those tracks which should be left alone niot touched as they can't be bettered. And no, Afghan Whigs don't better it but do produce a great cover version none the less. It was included on a Clash tribute album, Burning London, released in 1999 containing the likes of No Doubt, Ice Cube and Rancid. For me the rest of the CD is without merit, you really do not want to hear Moby's take on Straight To Hell.

Afghan Whigs - Lost In The Supermarket
Posted by drew at 10:27

I totally agree, the man has performed many excellent covers, including this one of course. In fact now that I come to think about it, given that my own Version City series currently stands at 72 entries, I can't believe Greg has yet to make an appearance in it.
Out of interest, what is the one cover of his you hinted at that you reckon is below par?

Regret, it just doesn't do it for me, doesn't suit Dulli's vocals

I like this cover, I think I first heard it via you Drew- and I don't always like Clash covers.