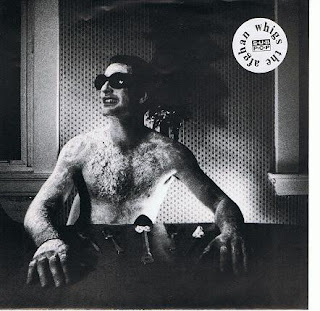 In 1992 The Afghan Whigs released an ep on Sub Pop on  multiple formats. The 7" single containing two tracks, the 12" single 4 and an extra hidden track on the cd. What was interesting about the ep was that all of the tracks were covers, with the exception of a secret uncredited original track hidden after a few seconds of silence on track 4 of the cd which was actually a remix of the track Milez Is Ded from the recent album, Congregation. The covers were all versions of soul favourites of the band, Come See About Me a hit single for the Supremes in 1964, True Love Travels On a Gravel Road which had ee recorded by Percy Sledge and Elvis on the From Memphis album amongst others, Beware an early 70s album track and,  my favourite Band of Gold, a number 1 hit single for Freda Payne in the UK. I love the primitive drumming and the feedback and the completely desolate tone of Dulli's vocals on this track, which was the a side of the 7" single with Come See About Me on the flip.

This period of The Whigs is very possibly my favourite. Brilliant.

True Love Travels on a Gravel Road is a huge favorite in this household. I have never heard a version I didn't like, but I love Nick Lowe's take (as does the Mrs.) the most. I just gave the Afghan Whigs' stab a listen. The winning streak continues.