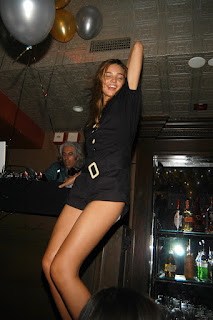 I told you this would return, like Theresa May this series does not know when it's outstayed it's welcome. Yesterday SA posted a great new Four Tet track at the Bagging area and I thought that I would feature another recent release by Mr Hebden this time under his KH moniker.  Only Human was released as a single sided 12" a couple of weeks ago once the Nelly Furtado sample from her 2006 release "Afraid" had been cleared. This track had been causing much interest after Kieran Hebden had dropped it into a couple of dj sets. I sweated for nearly a week as my copy which had been ordered for what seemed like ages but eventually arrived last week.

In other news, what can I say about Airdrieonians season, not a great deal, the team hasn't covered itself in glory this season, the last two home games have been possibly the worst performances that I have ever seen. The season, as usual started with much anticipation and more than a little confidence that we would make the play-offs at the right end of the division as we come into the last home game of the season with one further away game next week, the Diamonds are sitting 6th on goal difference  above Dumbarton and Stranraer, seven points above the bottom two which means that even if they lose the last two games they are safe which is a distinct possibility as they haven't won any of the last four matches. There is always next season, onwards and upwards

That's an absolute banger- as the young folk say.

Did you hear that kind of patter last Friday night?

A bit of a lost season for the lads. Wait 'til next year. New Four Tet getting lots of play on KEXP.

It is a brilliant one I featured a few weeks ago and I can't get enough of it. Sad for your team but you count on them next year. The last games of Stuttgart were horrible as well. The only hope is to get to the relegation games. Stay optimistic Drew

Not really Drew- not many young people at ALFOS, an older crowd. Was a really good night although I bailed at about 2.40am. Friendly crowd, great room and a very good tunes.