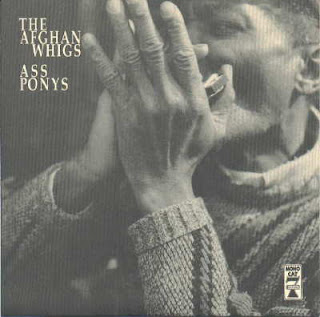 The Ass Ponys were an indie rock band from Cincinnati, Ohio and as such were also friends with Greg Dulli's band from the same city, so much so that John Curley the bassist of the Afghan Whigs produced the band's debut album, Mr Superlove. In 1993 the bands decided to release a split single where they covered a track each. Dulli decided to cover the title track from that debut album by the Ass Ponys and as a result recorded the definitive version of the song, it's the banjo and the vocals that do it. I'm not sure if anybody else agrees with me but if you were an Ass Pony I think you may have been pissed off by the Whigs rendition but not as much as the story, if true, regarding Greg Dulli and one of the band member's girlfriends whom I'm sure I read Dulli had a thing with leading to disintegration of the friendship of the bands,

I didn't know the full story of this one. The Whigs' cover is tremendous.

I'm going to confirm everybody's suspicions about me now by saying that I listened to them both and preferred the original. Certainly liked it a lot more than I expected to like a song by a band called The Ass Ponys.