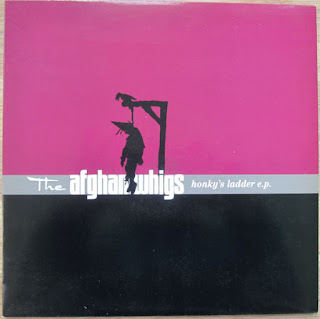 Dulli is quite eclectic in the music that he chooses to cover, anything from Henry Mancini, through songs from The Wizard of Oz to Bjork. The re-interpretation of a still fresh, only two year old, modern R&B,  Billboard topping track by the biggest selling American Girl Band  must have raised a few eyebrows at the time. Creep, originally by TLC was one of 4 tracks, two originals and two covers on the Honkey's Ladder ep in February 1996 but unlike the TLC original it failed to bother the Billboard Charts but I think is quite brilliant.

I agree with your assessment Drew.