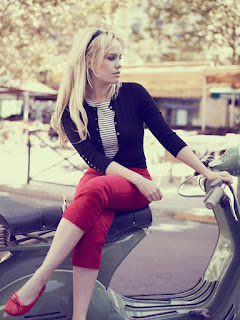 I was listening to Rockferry, the debut album from the Welsh singer who is best known for pseudo northern soul song Mercy and I was pleasantly surprised, To these ears this attempt at blue eyed soul hasn't dated particularly and has some cracking songs with really effective instrumentation not least the strings on today's track Scared, I don't think that Duffy was taken very seriously at the time and unfairly compared to the incomparable Amy Winehouse whose classic Back To Black had been released a couple of years prior to Rockferry.

I really enjoyed reacquainting myself with this album and won't leave it as long before I play it again. Just a pity that Duffy's career seemd to fizzle out after just a couple of years and two albums. Although I can understand that there might not be longevity in the retro sound that she had.