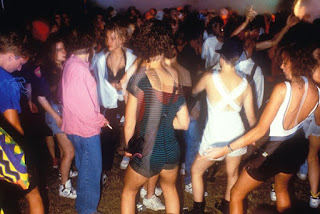 I've had the album, Versions,  that today's track comes from on quite a bit recently. The Idjut Boys are known for their dancefloor filing tracks but this album mostly goes in a different direction, more mellow ambient sound with quite a bit of dub, sure there are beats but they are lazy and more to get your head nodding than your feet moving. Kenny Dub Headband has a nagging piano refrain, courtesy of Bugge Wesseltoft,  and some marvellous finger clicking and hand claps. With all the echo and delay their seems to be plenty of space in the music. One to nod to perhaps rather than dance,

Who would support a third tier pish Scottish football team I find I constantly ask myself. Not people who want to keep their blood pressure under control or stay sane anyway. Airdrie were twice ahead against the league leaders last Saturday only to end up losing 3-2. Tomorrow the Diamonds take on Montrose who are sitting one place above in 5th place but 4 points ahead, so a win tomorrow won't see Airdrie climb the table but it would give us rather despondent supporters something of a lift, There have only been 4 home wins so far this season and none in 2019, Pretty pish state of affairs really.