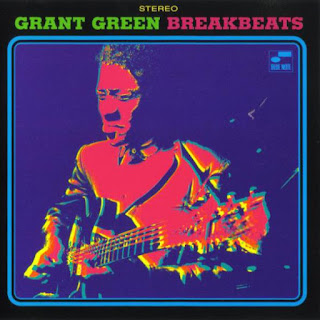 A couple of weeks ago I posted Cantaloop by US3 from their debut album, Hands On The Torch that liberally plundered the Blue Note back catalogue for samples. One of the other stand out tracks on the album, Riddim sampled the brilliant jazz guitarist Grant Green's interpretation of Don Convey's Sookie Sookie.  This version is from the 1970 released Alive album which is well worth picking up, it is also available on a rather good Blue Breakbeats compilation which will have you playing " where have I heard that before" for absolutely ages as Green has been sampled by loads of people including Public Enemy, Kendrick Lamar and Coldcut.

Outstandingly cool selection Drew - love this tune to bits. I optimistically suggested Grant Green for Charity Chic's Double Initials feature a couple of weeks back, but he didn't make the cut.