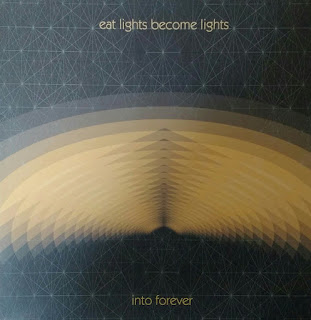 Eat Lights Become Lights is a bit of a wanky name and I suppose some would call the music that the London 4 piece make "wanky" too, with the obvious influence of 70s experimental German rock and electronica in their sound. I am quite fond of a bit of "pretentious wank" now and again and find ELBL a very pleasant listen, No more so than on this, the title track from the band's 4th album released in 2014. To be honest I was intending to post the Fuxa remix of this track but it appears that I haven't ripped that particular piece of vinyl yet,  I thought I had. So the original will have to do but it is still quite a lovely thing to hear on a Monday morning.

Eat Lights Become Lights - Into Forever
Posted by drew at 08:00

I will try and rip the remixes this weekend Swede.