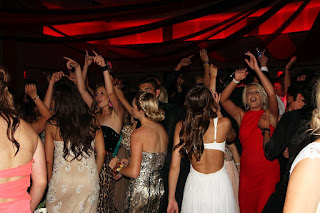 The East Village Loft Society were Ashley Beedle and Uschi Classen and they released a couple of singles, the first one I Wanna Sing Sunshine is my favourite. It is a typical piece of early nineties  House and none the worse for that. The 12" single contained 5 different mixes, the one that hits the spot for me is Boomshanka Message mix with its use of Maya Angelou reading her poem On The Pulse Of The Morning from President Clinton's inauguration.

Last week's much awaited home win for Airdrie was much welcomed.  An incredibly poor first half by both teams followed by  a nail-biting second period waiting for what we all believed to be the inevitable equaliser to cancel out Daryl Duffy's 47 minute opener but which thankfully for once failed to happen.  The team have played much better and fared worse this season but a win's a win and is something to build on, well it would have been if this week's game wasn't away to Kirkaldy to take on Raith Rovers who the Diamonds have yet to beat this season. Raith's form has not been great recently with only one win in the last 6 matches and they will be looking for a boost to try and get back to second spot in the table. Let's hope Airdrie can pull an away win out of the bag tomorrow.

I do believe you relished passing on that update about Raith Rovers. As for the East Village Loft Society, I only the name because they drive me batty when I'm trying to look up stuff on the band East Village.

Thanks for posting this. I'm not one to wheedle or beg, but I've been looking for an mp3 of Manhattan Anthem for some years and if you were to post it my gratitude could be seen from space. (Longtime reader, not just found this by Googling East Village Loft etc, am still trying to put together a compilation that can contain the magnificence of Ankle Shackles, which I believe I found here last year...)

Ah well, thanks for replying. My quest continues.