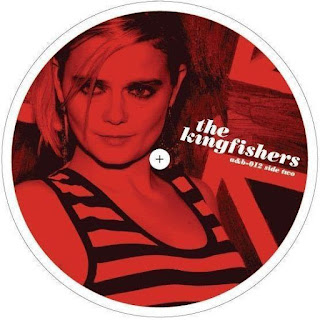 This is a little bit of a curio this track, the AA side of a split 7" inch single, a cover of a Vic Goddard song recorded at Stow College in Glasgow (the same place where Belle and Sebastian's debut was recorded) by a local band released on a Hamburg record label, Aufgeladen und Bereit, named after a Fire Engines album. And that's about all I know. As far as I can ascertain the band never released anything else leaving only this lovely bit of sweetly harmonious, female sung indie pop.

I suspect that this one may appeal to a certain friend in Seattle.

not a bad record to start a Wednesday.

This is quite lovely and, as you say, about as far up Brian's street as it's possible to be without actually crashing into his house.

You know me well, my friend. The song shows so much promise. Alas, it seems this might be about it for them. Discogs shows something on Creeping Bent a few years after this but not an official release. That's it. Well, if that's truly the case, they still left us something special. Thanks, Drew.