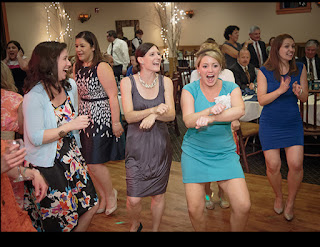 Last week before the sad death of MES I had a couple of further couple of posts with tenuous Pink Floyd links. Thursday's was going to be a cover of Lucifer Sam by Cat's Eyes which after checking back had already been posted a few years ago. I must make clear that last Monday it wasn't my intention to have 4 days of rock dinosaur related posts it was just turning out like that. Anyway I had a belter of a track for Friday, Open Up by Leftfield. Some of you might have clicked by now what Open Up's got to do with Waters, Gilmour, Mason and Wright. The vocals on the track were supplied  by John Lydon, who if I seem to remember had nothing but disparaging comment to make about dance music prior to this collaboration but  he never was one for consistency.  Lydon famously  walked about sporting a Pink Floyd T-shirt that he had sprayed the words "I hate" onto when in the Sex Pistols, so when Weatherall was asked to provide a remix, he subtitled it the "I Hate Pink Floyd mix" which is great but clocking in at 3.54 is more than a little disappointing. Anyway, last year Leftism was 22 years old and as you do when things reach that anniversary you re-release your album with an extra 11 tracks, remixes of the original album.  I'm not sure what they all sound like as that a ripping the pish too far even for me, besides my original triple album is perfectly fine, the Skream remix of Open Up is a belter and if it had been released as a stand alone 12" single I may have been tempted.

Airdrie are away to Forfar tomorrow and so I will not be in attendance. Last Saturday's nil nil draw with Arbroath was possibly the most frustrating game of the season what with dodgy refereeing decisions, Arbroath's Goalkeeper should have been off the park for handling the ball outside the box and the Diamonds inability to turn four great opportunities into even one goal. You wait three years for a goalless drawn and then you get two in two home games. The team are sitting 7th in the league and could do with an away win, Forfar who are two places below also need the win, so the game should be competitive.