Do You Work Hard? 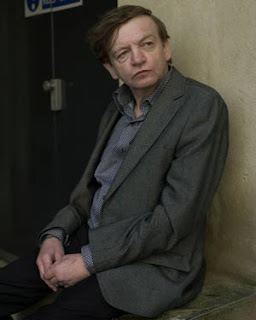 I was watching the Wonderful and Frightening World of Mark E Smith on Saturday night on BBC4 and was trying to compile in my head my top twenty Fall tracks, an impossible task but I know for sure that the mighty "Blindness" would be right up there in my top 5. It was recorded by the incarnation of the Fall that would leave Smith in the middle of a tour of the USA and whom he would later immortalise in the title of the next album,  Reformation Post TLC (Traitors, Liars Cunts). I have 24 versions of  Blindness, which was always absolutely immense live, even if Smith himself was not at his best the gruppe always were. The version posted is from The Last Night At The Hammersmith Palais album during which the Fall had two bass players and two guitarists as the Dudes (the Americans he hired to fill in when Elena and he were left high and dry in the States) were yet to go back to their main gig, their band Darker My Love and also two members of the gruppe who would record the previously mentioned Reformation Lp and would be there from 2006 until, sadly the end last month.

Fantastic. Been thinking about Mark a lot over the past couple of days. What a loss.