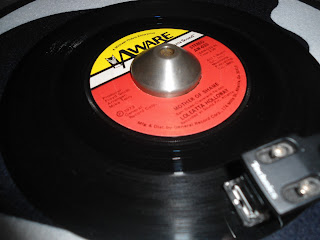 Loleatta Holloway is probably best know for her wonderful disco records on the Salsoul like Love Sensation or Seconds or for the numerous samples of here voice that have appeared on many a house tune, Ride On Time by Black Box being one of the most blatant ones. But before her forays into disco she was signed to Aware Records out of Atlanta Georgia and in 1973 released a single "Mother of Shame" which was played as a current record at the Blackpool Mecca and from there crossed the country and became a bip play in the Wigan Casino. The track was co-written by Sam Dees responsible for one of my favourite northern tracks Lonely For You Baby.

Loleatta Holloway -  Mother of Shame
Posted by drew at 08:00

This sounds a lot like disco before there was disco. Really dig the horns.