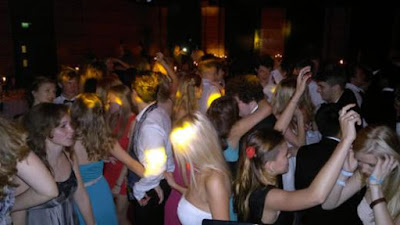 I''m getting a bit peeved off with this exclusivity pish that's going on with vinyl releases at the moment, records being pressed in ever more limited runs. The Fort Beulah release was bad enough only 150 copies available exclusively through Love Vinyl in that there London place. But Kieran Hebden, aka Four Tet aka KH has gone one better and released a single sided 12" single with only 100 copies available from Phonica Records in store only , in you've guessed it the only place where music matters, our capital city and cultural hub where the only good music comes from, well Lauren Lavern, Idris Elba and the judges of the Mercury Music prize seem to believe that, but I digress. The xx used to be guilty of this with runs of 300 copies of this only available from Japan and 500 of that only released in Germany but I see that they have at least given fans a sporting chance with their latest 12" remix, 1000 copies available for pre-order from their website.

I know, I know , rarity value where music is concerned is not a new thing and one of my greatest loves, northern soul has probably got a lot to do with this commoditization of music,  with the exorbitant prices some of the records on the scene fetch but there is a genuine reason for these records being scarce, most of them were local,  small releases or bombed  and as a result the vinyl was melted down or lost in storage somewhere. This recent marketing shit is different, it's bollocks and reeks of the worst excesses of capitalism where records are a thing to possess and lust over rather than listen to. Call me old fashioned but when I get a record I want to put it on the turntable and hear it not just look at. I love ripping the shrinkwrap off an album and getting that first whiff of vinyl as you prise it out of the inner sleeve and hear the slight crackle of the static that has built up. In days gone by it was even better as you had the anticipation as to what the album as a whole sounded like as there was no streaming prior to release and you would only have heard the lead single which had prompted you to purchase the record in the first place but I digress once more.

While we're on the subject single sided 12" singles at at least a tenner a pop are not value for money, even if the track is 10 minutes long. Sort it fucking out!

So after all that today's track is in the form of a Youtube clip, I would love to offer up a 320mbs/s rip of the track but  as I am not unfortunate enough to live in the vicinity of  Phonica Records and don't have a spare one hundred and fifty quid to buy one of the two copies on Discogs that will have to do.

The still manager-less Airdrie tomorrow are at home to East Fife and we will be looking for a better result that the 3-1 defeat away at Stanraer last week. I saw we, Stiff is otherwise engaged and Leo is away with L to watch his grandfather Hill Climb at Doune, so I will be on my own but hopefully Willie and father John will be in attendance.

Its almost like having lost a load of revenue to downloads and streaming the music industry have created the vinyl renaissance to scoop some money back in.

Spot on SA, but these aren't majors. I can't see how these artists/labels can even break even in limited runs of 150/100. They aren't getting the sell on off Discogs or are they?

You've got my blood boiling... no manager! Kidding, Drew. The limited runs are a killer, and the prices for vinyl in general are out of hand. I won't pay more than $20 for an album, and even at that price I will only fork it over if the shop had to get it from Europe. I know my local indie shop has been getting reamed on shipping lately. Singles have become even more of a rip off. Something has to give here.

Nope- agreed about the small runs. The Death In Vegas 12" this year was out in ltd edition of 300 with a proper sleeve. Several weeks after its release it was still available too. So its not even like they all sell out either. I'm getting increasingly pissed off about the price of 12" singles- including p&p a single is now close to £20.

I'm the same SA, not sure who can afford to buy 12" singles without a lot of soul searching these days.

Brian, records are still at least 20% cheaper in the States as I don't think there is VAT on your vinyl.

"This recent marketing shit is different, it's bollocks and reeks of the worst excesses of capitalism where records are a thing to possess and lust over rather than listen to"

And you can extend that to ticket prices for gigs.

And therein lies the reason I've bought less vinyl or gone to fewer gigs this year than ever before.

I think I've reached a bit of fatigue in seeking out new music - even when I hear something that makes my ears prick up, I no longer rush out to buy things as I can't get over the fact that vinyl is overpriced. I'm also getting pissed off with some of my old time favourites doing these limited edition runs.

And don't get me started on £65 for Nick Cave. A line had to be drawn and that was it - first time in living memory that I've missed him on tour.