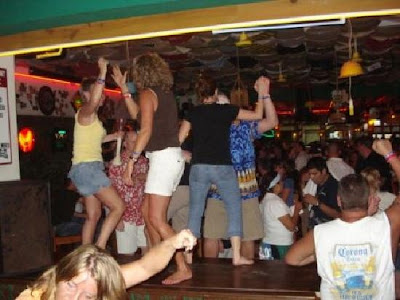 By 1987, apart from the odd exception I had pretty much turned my back on music made by spotty boys in anoraks with guitars from Manchester, Glasgow and such places (for a year at least). I was searching out records with a 4/4 beat and big bass lines, the bigger the better.

Along with the change in style also came a change in format, instead of the 7" single and album, most of the music I was buying had to be purchased on 12" single or you would end up with an extremely unsatisfying edit of the track. The change in format meant that record buying became more costly as 12" singles were inevitably more expensive than singles and got more expensive as most of the house sounds around at the time could only be purchased on import.

At this time I never noticed any elitism in the scene as was rife within the Northern Soul circuit. This was probably due to the fact that at this time in Glasgow and Aberdeen we just appreciated any good record with a beat, at the Pelican Club for example you heard everything from Philly and Northern Soul, through Hip Hop and Go-Go to the ever improving House sounds of the time. If there were any scensters I certainly wasn't aware of them.

I can't remember if Jingo was approved of by the House cognoscenti, however I for one loved the track. It was written and produced by John "Jellybean" Benitez.

Benitez started off as a DJ with stints at Electric Circus and Studio 54, before picking up the  residency at Funhouse.

Soon after he became an in demand remixer with credits like African Bambaataa's Planet Rock and Walking On Sunshine by Rockers Revenge. Around this time he became romantically involved with Madonna and ended up remixing most of the good tracks on her first album. This in turn led to more work remixing middle of the road soul such as Hall & Oats, George Benson and Whitney Houston.

He released his first album in 1987 which apart from Jingo is actually a rather dull affair and I didn't follow his career any further.