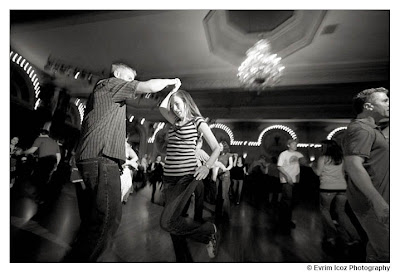 When I heard the track posted today for the first time, I think that it was the moment when I finally realized that there was more to music than punk, indie and northern soul. I certainly remember taking notice and buying the 12" at the first opportunity and flogging it to death for ages afterwards and the record has never been far away from the turntable ever since.

The release of Kiss coincided with a feeling in me that there had to be more to dance music than obscure 7 inch singles from Detroit, most of which were as old if not older than myself. At this stage I was still brainwashed into thinking that modern soul was all awful and to be avoided at all costs. When I heard Kiss, I knew that this was the kind of thing that I was looking for and from there it wasn't a big jump to Go-Go and the early Chicago House sounds that were beginning to be heard this side of the Atlantic.

Kiss started out as no more the a minute long demo that Prince gave to the band Mazarati, who were signed to his Paisley Park label. However when the purple one heard what the band had transformed the acoustic demo into, he decided that it was his baw and he was taking it back. The song became Prince's third US number 1and earned him another Grammy. It did okay this side of the pond reaching number 6.

Prince did turn into a bit of a cock later on with all that slave, symbol shit and not allowing his music to be played with the videos on youtube is really annoying but I can forgive him most things after listening to the minimalist funkiness that is Kiss.

The song has been covered a few times, abysmally by The Art Of Noise and Tom Jones and brilliantly tongue in cheek  by Age of Chance.

Email ThisBlogThis!Share to TwitterShare to FacebookShare to Pinterest
Labels: Prince

It felt like the future didn't it? Such a talent, but ohhhh how it all went wrong...

Me and my best mate loved Prince, I can remember me and him watching the videos to Lets Go Crazy and Take Me With U. And then this single was just gorgeous. Possibly the best run of albums by anybody though, Prince's 80s run. I wouldn't be without them.