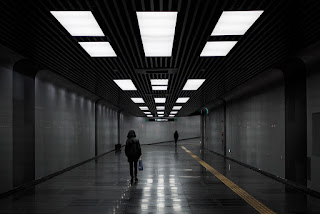 A few weeks ago I featured the new collaboration from Charles Webster and Burial, The Spell. This sent me back to revisit some of Webster's past work and since then the All System's Gone album under his Presence guise has taken up squatters rights. The album includes contributions from Matthew Herbert and vocalists Shara Nelson, Sara Jay and Steve Edwards. When it came out the album received good reviews, an 11/10 from Dj Magazine and was dubbed "probably the first classic record of the 21st Century" by Allmusic, a lost classic I think as I have never heard that many people rave about it sadly. I did read somewhere that this album was one of the influences when Burial was making his debut album. The Strength Within, is one of my favourite tracks on the album, but not really typical of it =, my only issue is that it is too short.

Presence - The Strength (Within)

All Systems Gone is far and away my favorite album of House Music. Charles Webster is like a House Music Mystic. Whatever guise he takes, he takes hold of the listener and transforms them.

Better Day is the track that has stuck with me since the release of the album. It's a beautiful mixture of dance floor beats, free form melody and uplifting vocals. I will never forget the night I heard Timmy Regisford slip into a set at Shelter. The crowd, and it was a crowd, on the dance floor seemed to move closer, dance in a denser unison. It was one of those moments you have when you find yourself floating above yourself and taking everything in that is going on around you.
There is remix of Better Day by Salt City Orchestra that is one of the great moments in in House Music for me. Elliot Eastwick and his cohorts Miles Hollway and Si Brad amp up the classic House beat structure while dropping the BPM and respecting the almost ambient beauty of the original track.