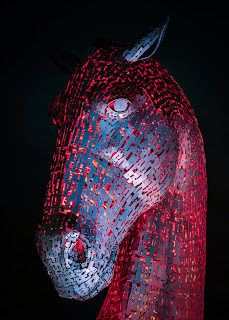 This was supposed to be posted on the 25th October on Keeping It Peel Day but to my shame I forgot all about it. Feel So Sad was first released as a track on Jason Pierce's side of the final Spaceman 3 album Recurring but came into it's own when it was rerecorded and release as the second Spiritualized single and especially on the extremely extended extremely chilled Rhapsodies version on the a-side of the 12" single which I have posted on here more than once. This version as you may have suspected due to when I was going to post it was one of the tracks in the first of the two sessions that Spiritualized recorded for the John Peel Show which was recorded 21/01/95 and was broadcast on 14/03/92 This version is a bit more upbeat that the 12" single version and is just the thing for a Monday morning.

I wonder if your mood has anything to do with the beating Forfar took at the hands (well, not hands, but you know what I mean) of your beloved Diamonds. Nice song today. I missed Keeping It Peel as well. Shameful.