It's Friday . . . Let's Dance (In A Socially Distant Manner) 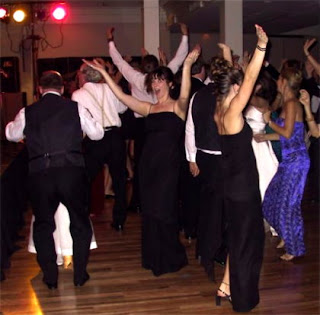 I was unaware of the existence of Dua Lipa prior to the middle of this year, my finger is certainly not on the pulse these days. What changed my ignorance was being sent a copy of his remix of Don't Start Now by Fear-E, Scot Mackay to his maw, he is a House dj and producer from Glasgow responsible for one of my favourite releases of the year. I did a wee bit of research on Dua Lipa and found out that prior to venturing into music she was a model (of course she was) and it turns out she has been quite successful at the singing thing, her 2018 song One Kiss becoming the longest running number one single for a female artist, which is quite impressive until you here it, it's horrible. Be The One which I actually quite like but will leave it there. It's not really music for me after all. I do however really like Fear E's remix of Don't Start Now. 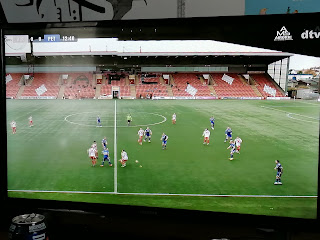 Football is back folks but not as we know it. Instead of sitting in my seat I an now on my third streamed game watched on Leo's big telly in his cowp of a bedroom. It's not easy seeing your seat empty, it is quite frustrating as is watching Airdrie at the moment. Last week's  2-0 defeat to Dumbarton was a game in point, there wasn't really two goals of a difference in the teams but the visitors took their chances and were fortunate with the deflection that resulted in the second goal, the Diamonds were not able to do anything in the final third of the park sadly. Let us hope that tomorrow's game, also at home against Clyde will be better, we shall see but it doesn't look like that optimistic bet at the start of the season to win the league was at all realistic.

Have a good weekend and stay safe people.

I have a teenage daughter and work in a secondary school so am aware of Ms Lupa. Not a massive fan of her work but this remix is pretty handy.

I agree to all of your words because it is the same to me. Watching a stream is surely not the same as being in the stadium. Hope everything is good with you and your family, Drew.

There are some cracking Johnson Somerset remixes of Dua Lipa which take her work into another world. I have to say that in 202 I have found a place for female artists who want me to dance and think - Roísín Murphy, Jessie Ware, Dua Lipa and a new Discofied Kylie MInogue have done the trick. In Lockdown, you need an escape!