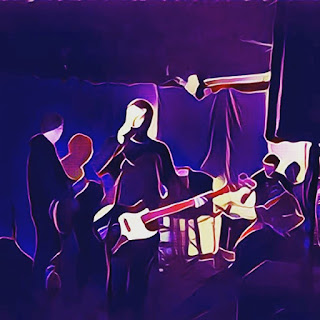 I apologise for the crackle and pops on this record, you would be forgiven for thinking that this record was over twenty years old as opposed to one that was released in 2016. I can only think that it is crap vinyl as it can't have been played more than half a dozen times before it was ripped. But it's one of those clear splattered things. I really do wish that record companies would go back to just pressing on black vinyl.

Anyway, the track is from The Cult of Free Love's as yet only album which apart from the issues with the vinyl is very good. The band or collective hail from North Wales and I was first alerted to them via Swiss Adam's posting of one of Weatherall's radio shows where he played Love Is All There is off their split 10" single. They had a limited single on 5" lathe cut , which I assume is just a small single.

"I really do wish that record companies would go back to just pressing on black vinyl."